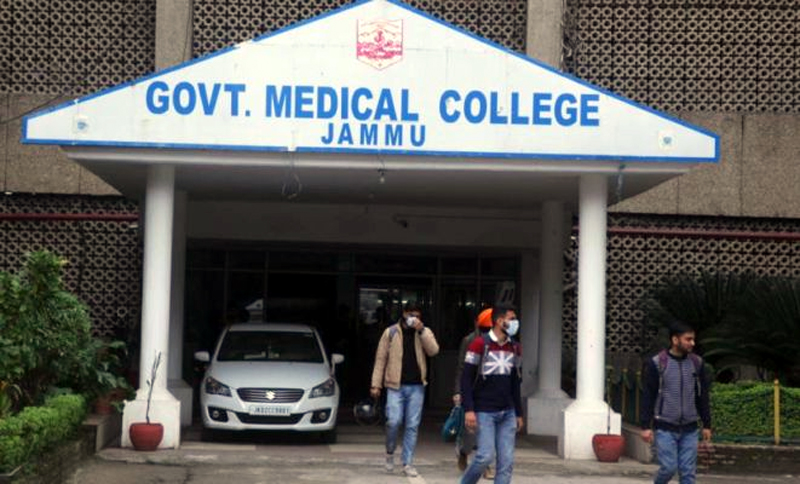 Govind Sharma
JAMMU, Nov 30: In what could be seen as the height of non-seriousness of the authorities at helm of affairs in Health and Medical Education Department in J&K, 2093 Non-Gazetted (NG) posts created by the Government in the year 2010 for smooth functioning of every department of Government Medical College and Associated Hospital (GMC&AH), Jammu are yet to be filled.
According to sources, the State Cabinet vide its decision number 93/05/2010 dated 29-03-2010 and Government Order No 223-HMEof 2010 had created and sanctioned 2093 posts for GMC&AH Jammu for smooth functioning of every unit/department.
The Government had then decided that the posts shall be borne on Plan Budget for a period of 5 years and it shall be ensured that every unit/department is made fully functional within one year. However, for next six years, the authorities concerned went into deep slumber and woke up only in March 2017 when they asked the then Principal GMC Jammu to furnish draft rules for the newly created posts.
“Accordingly, the then Principal GMC Jammu vide her letter number AHJ/2017/199 dated 24-04-2017 submitted draft rules for these newly created posts under 20 categories/units of GMC and its Associated Hospitals but the Administrative Department vide its Order No 34 dated 11-01-2018 accorded approval to the framing of recruitment rules for the posts falling under only 10 categories and left posts under other 10 categories, which were approved only a year back,” sources informed.
They said among 2093 posts created by the State Cabinet in 2010, three posts were of EEG technicians (one each in SMGS Hospital, Super Speciality Hospital and Psychiatric Hospital) and one EMG Technician, one EMG Technician Supervisor and one EEG Technician (tech) Supervisor post in Super Speciality Hospital, Jammu but all these posts are lying vacant.
Sources said that while already serving EEG Technician Supervisor retired 2 years back from the services, the lone EEG Senior Technician retired from the services today and with his retirement, the Neurology department has become fully dysfunctional. Now, the department will have no technician while the two doctors serving in the department are also on deputation from Health Department.
Lambasting the authorities for inordinate delay in filling of these Non-Gazetted posts, sources said that over two months back, the authorities of GMC&AH Jammu advertised 60 posts under 12 categories viz EEG Technician, Anesthesia Assistant, Dialysis Technician, Lab Technician, Pharmacist, Senior Staff Nurse, under SRO 24 but even these posts have not been fulfilled.
They said due to delay in filling up these posts, the patient care is suffering badly and the worst sufferers are the people suffering from Neuro diseases as EEG and EMG machines worth several lakhs are there (some functional and some non-functional) in GMC&AH but no technician to handle the same.
Principal, GMC Jammu, Dr Shashi Soodhan, when contacted, expressed ignorance over creation of 2093 non-gazetted posts but added that they have selected candidates for 45 posts out of 60 posts that were advertised under SRO 24 about two months back and within a day or two, the selection list of all the 60 posts will be issued.
This scribe also tried to contact Financial Commissioner, Health and Medical Education Department, Atal Dulloo, as last year he had assured to look into the matter when he was contacted on the same issue, but this time he did not respond to repeated calls of this scribe.