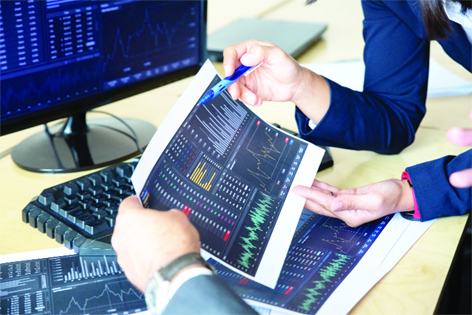 Maneka Sanjay Gandhi
I have always held that it cannot be a coincidence that India’s richest community (the Jains) and biggest business families— Ambani, Birla, Jindal, Oswal, Munjal, Hinduja, Adani are all vegetarian. The law of Karma is clearly in play: the less hurt you cause, the more abundance you attract. What I have always felt deeply disappointed by, though, is that given their enormous financial clout, the Jains have not used the considerable power of their purse to mainstream the basic tenet of their faith: ahimsa. Unlike the Jews in America, whose wealth has elevated their cause, brought it legitimacy and world focus, the Jains have largely believed in separating business from belief. Such a pity because they could be such a powerful force for good. What’s needed is not the odd donation, no matter how munificent, but an unabashed meaningful and organised incorporation of the principle of non-violence into all business dealings and decisions. It’s not investing in ethics but ethics in investing that will convert our planet into a kinder, cleaner, healthier world for all.
Just after Independence, the Jains controlled the Stock Market and they decided they would not invest in meat and meat related products and in any violence rated company. Alas, this lasted only a few years and the Jains themselves started owning gelatine and bone companies and companies that used animal products like porcelain/bone china. Many of them went into mining and jewellery that involves mining.
Many years ago Hemendra Kothari, if I remember correctly, was very keen to start an ethical investment fund. But he never got beyond the “whom to appoint as consultant stage”. The issues involved were complicated : what constitutes ethics. All business is destructive of the earth : whether construction or laying railway lines, cement, chemicals or paper. So where to draw the line and how to draw it. I was asked to be on it and was very, very anxious on whether we would get into “deep” environmental investigation or just skim the surface and make certain basic rules to make it easy for people to invest. Anyway the investment fund never happened, which is a pity.
But here it is finally– what I’ve been nattering on about for years now : the world’s first cruelty-free and climate-conscious Exchange Traded Fund (ETF) that I hope will act as a model for India.
Here is the genesis. In 2017, three very smart, very vegan investment professionals set up Beyond Investing, a US-based registered investment advisor. CEO Claire Smith has 35 years’ experience working in the finance industry at UBS and as a partner at Albourne in areas including derivatives and hedge fund research; Lee Coates, OBE, is UK financial advisor Ethical Investors and founder of Cruelty Free Super in Australia; and Larry Abele is founder of Auriel Investors, an FCA-regulated asset management firm in London with a strong track record in impact investment leadership.
These three musketeers have pioneered what could be a financial revolution. Beyond Investing avoids companies involved in unethical practices towards animals, people, and the planet. Its stringent screening process weeds out animal exploitation, child labour, high carbon intensity, the burning or extraction of fossil fuels, single-use plastics, and any other activity deemed to have a significant negative impact on the environment.
Beyond Investing uses its assets to pressure companies to make positive changes in their business practices to reduce their harm to animals and the environment. It has developed a platform YourStake, which facilitates corporate engagement by allowing any size of investor to mount a petition to a company to encourage it to change some aspect of its activities. Other investors may pledge their shares to support campaigns on the platform and the total is reflected as dollar amount of shares held across all investors who have pledged. Here below are some examples of their campaigns:
We call on Apple and Verizon to stop selling leather products in their stores.
We call on Ford and General Motors to stop offering leather interiors in their vehicles.
We call on Starbucks to continue their transition towards plant-based substitutes by providing plant-based meats and fish alternatives in their outlets.
One year ago, Beyond Investing launched the US Vegan Climate ETF (ticker: VEGN), on the New York Stock Exchange, providing investors with an ethical financial option. Screened as per vegan and climate-conscious principles, here below are the categories consciously ruled out:
Investment – companies excluded for reason of investment in fossil fuel and other environmentally damaging activites.
Animal testing – companies excluded for reason of testing on animals.
Animal products – companies excluded for reason of business activities involving the production and use of products derived from animals
Trained animals – companies excluded for reason of keeping using animals for sport or entertainment or keeping animals in captivity.
Energy production – companies excluded for reason of energy production using fossil fuels.
Fossil fuel – companies excluded for reason of involvement in the exploration, production and refining of fossil fuels.
High carbon – companies excluded because of their high carbon emissions.
Human rights – companies excluded for human rights abuses.
Military and defence – companies excluded for involvement in weapons manufacture.
Other environmental – companies excluded for other forms of environmental damage ;
Tobacco – companies excluded for producing tobacco.
In the past year, assets in VEGN have steadily grown to now exceed $25 million, to which Beyond Investing CEO Claire Smith, reacted, “we’re thrilled that more and more investors are switching out of index funds rooted in the profits of past destruction, towards our more sustainable alternative. As the world turns to ethics to save itself, investors seeking to be ahead of the curve should consider VEGN.”
Personally, I can think of no better country than India with its wealthy and tech savvy vegan/vegetarians, and no better time than now against the backdrop of the pandemic highlighting the catastrophic consequences of eating animals, to support and emulate this trailblazing initiative. Do good and do well. What could be better?