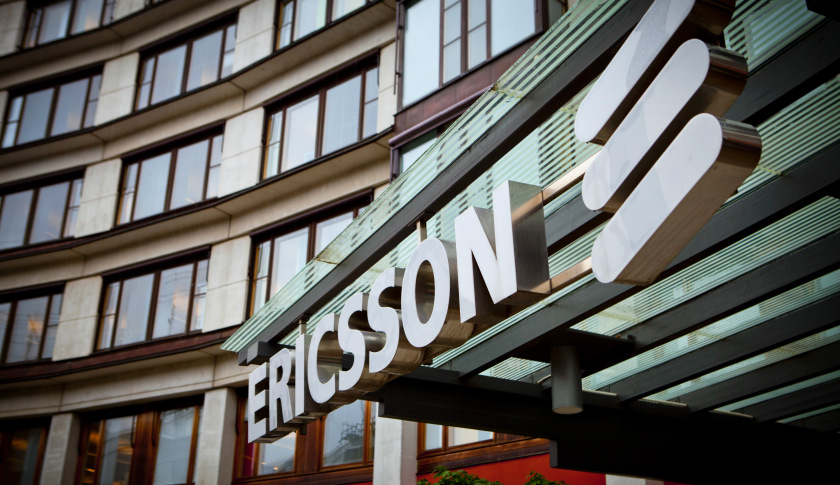 STOCKHOLM, Oct 17: Ericsson Thursday reported rising sales, but the bottom line of the Swedish maker of telecommunications network equipment was hit as it set aside 1.1 billion euros to settle a US corruption probe.

The company, which is competing against China’s Huawei and Finland’s Nokia in supplying operators with the backbone of the latest generation mobile telephone networks, said sales of 5G equipment helped drive the 6 per cent increase in overall sales in July through September from the same period last year.

“We continue to see strong momentum in our business, based on the strategy to increase our investments for technology leadership, including 5G,” chief executive Borje Ekholm said in a statement.

“We saw organic sales growth of 3 per cent in the quarter, driven by the early adopters of 5G, in North America and North East Asia,” he added.

But the company reported a net loss of 6.2 billion kronor (USD 636 million, 575 million euros), compared to a profit of 2.7 billion kronor in the same period the previous year.

A 12 billion kronor provision that the company announced last month to cover the penalty Ericsson expects to receive in a US corruption investigation was responsible for the loss.

The investigation covers a period up to the first quarter of 2017, and involves operations in six countries: China, Djibouti, Indonesia, Kuwait, Saudi Arabia and Vietnam.

The company has acknowledged there had been several breaches of its code of business ethics.

Ericsson noted that its underlying profitability is improving, pointing to an increase in its gross margin—what’s left after deducting production costs and sales—had risen to 37.8 per cent from 36.9 per cent, once restructuring charges were excluded.

The firm raised its sales target next year to 230-240 billion kronor, from the 210-220 billion previously announced.

Ericsson said that at the end of September it had announced commercial 5G deals with 27 named operators and supplied equipment to 19 live 5G networks.

An Ericsson executive said last week it had signed a total of 47 5G contracts. That puts it far behind Huawei, which said Wednesday that had already supplied 400,000 base stations to 56 operators and had signed around 60 5G contracts in total.

Finland’s Nokia said in June it had 42 contracts.

Ericsson shares jumped 6.5 per cent in morning trading while the Stockholm exchange’s main index was up 0.6 per cent overall. (AGENCIES)