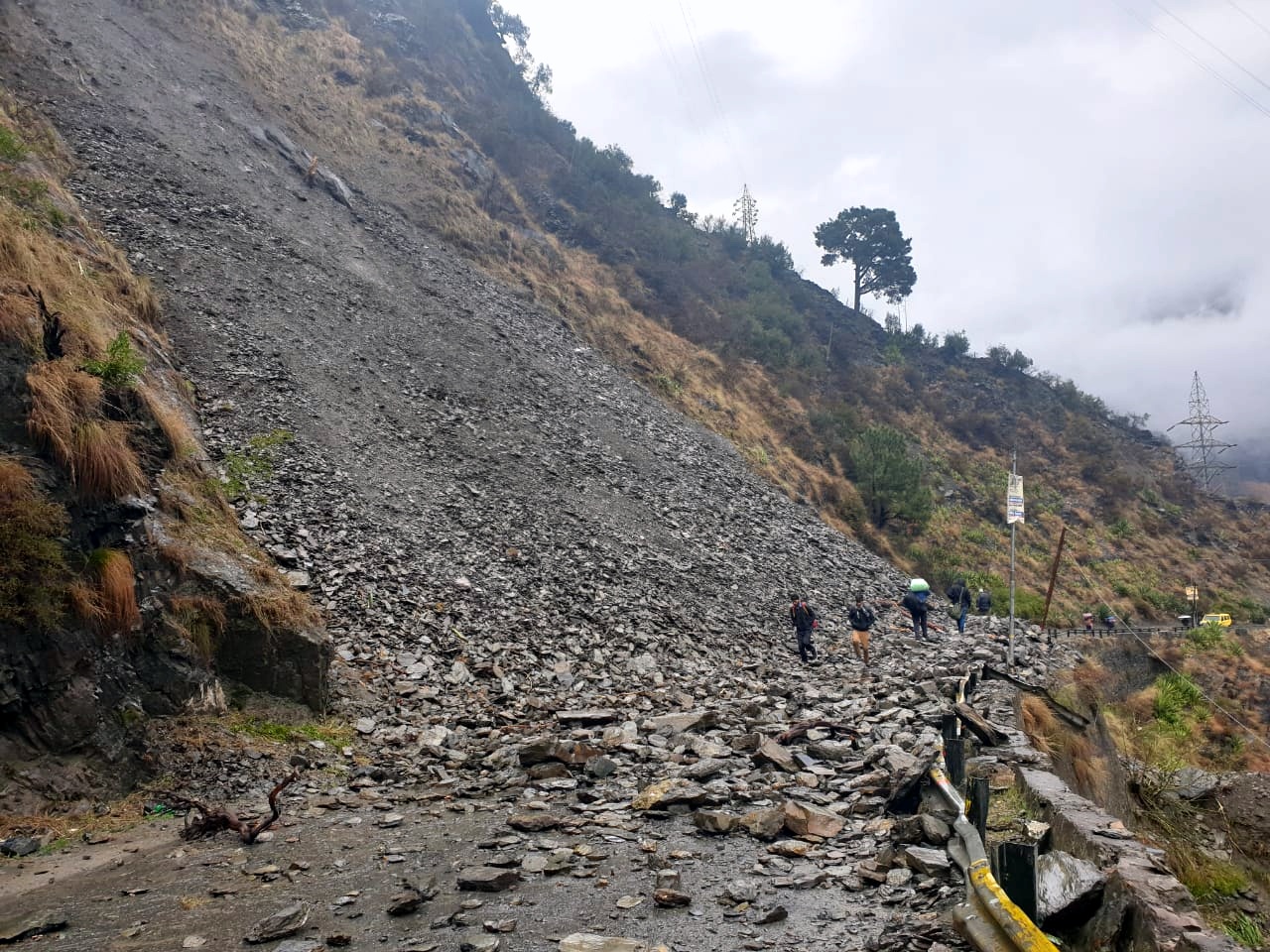 Mohinder Verma
JAMMU, July 24: Putting several Government agencies in the dock over horrendous accident on Kishtwar-Keshwan road early this month which claimed 35 lives and left 16 injured, an enquiry committee has pointed out that there was absolutely no focus on checking violations of rules and ensuring strict adherence to the guidelines of Union Ministry of Road Transport and Highway and Supreme Court.
Moreover, it has expressed serious concern over complete inaction on the recommendations made after September 14, 2018 accident which took place in the same area and claimed 17 lives besides rendering 16 others critically injured.
Official sources told EXCELSIOR that a committee, which was constituted to identify the causes behind the tragic road accident of July 1 on Kishtwar-Keshwan road, has conveyed to the Government that checking road accidents was not on the priority list of any of the concerned agency.
“There are no parapets or crash barriers to prevent accident(s), which otherwise are imperative as per Road Safety Measures specified by the Ministry of Road Transport and Highways in its 4th Regional Conference on road safety”, sources said quoting the report, adding “the committee has also pointed out violation of Supreme Court of India directives vis-a-vis inclusion of road safety measures in the Detailed Project Report (DPR) for any road”.
It is pertinent to mention here that Apex Court Committee on Road Safety has explicitly convened to all the States across the country that no DPR for any road should be approved without inclusion of road safety measures specified by the Indian Road Congress.
“The work on Kurya-Keshwan road was taken up by the concerned agency without inbuilt provisions in the DPR for road safety measures”, sources said, adding “out of 10 kilometres stretch 3.5 kilometres road was premixed after the accident of September 14, 2018 but thereafter no work was taken up by the concerned Government agency”.
The committee has recommended that executing agency—Jammu and Kashmir Projects Construction Corporation shall be directed to complete the balance work with strict compliance to road safety measures to prevent road accidents in future.
Pointing towards the overloading aspect, the enquiry committee has expressed concern over acute shortage of Traffic Police and Motor Vehicle Department personnel not only in Kishtwar but in entire erstwhile Doda district (presently comprising Doda, Kishtwar and Ramban).
“Had recommendation about increase in number of Traffic Police and MVD personnel made after September 2018 accident been taken seriously there would have been improvement in the enforcement of laws and overloading in the vehicle which met with accident on July 1, 2019 could have been checked”, sources said.
It has also been pointed out by the enquiry committee that Executive Magistrates, who too enjoy the powers to challan the vehicles for violation of rules, were not paying any serious attention towards this aspect as such can also be held responsible for the horrendous accident, sources informed.
“Even local police personnel cannot absolve themselves as they too are duty bound to check overloading and use of mobile phones by the passenger vehicle operators while driving the vehicles”, they further said, adding “it has also come to the fore that driver of the ill-fated vehicle was using mobile when the tragedy took place”.
“In the report, dismal scenario vis-a-vis trauma care facilities has also been painted and questions have been raised about non-availability of adequate number of critical care ambulances in the entire erstwhile Doda district”, sources said, adding “the Health Department has even failed to provide details vis-a-vis deployment of around 50 ambulances, which were provided by the Ministry of Road Transport and Highways, purely for deployment on the National Highways”.
“Now, it is to be seen whether the new recommendations of the enquiry committee will be acted upon by the Government or the same will meet the fate of those made after September 14, 2018 accident, which have not been implemented on ground till date”, sources said, adding “if the recommendations are not to be acted upon then there is no point in holding one after another enquiry after every tragic road accident”.