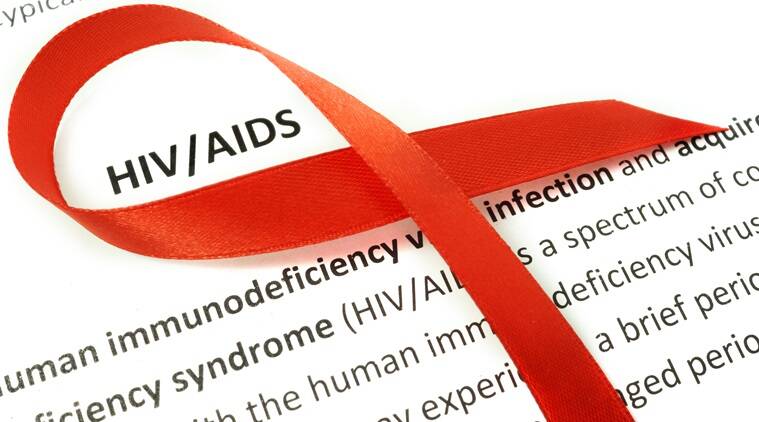 Dr. Tasaduk Hussain Itoo
Acquired immunodeficiency syndrome (AIDS) is a chronic, potentially life-threatening condition caused by the human immunodeficiency virus (HIV). By damaging one’s immune system, HIV interferes with the body’s ability to fight the organisms that cause disease.
As per a recent report from World Health Organization, HIV continues to be a major global public health issue, having claimed almost 33 million lives so far. There were an estimated 38.0 million people living with HIV at the end of 2019. Due to gaps in HIV services, 690 000 people died from HIV-related causes in 2019 and 1.7 million people were newly infected. The disruptions caused in the access to basic healthcare amid Covid-19 pandemic has likely increased the burden.
Key population groups accounted for over 60% of all new HIV infections globally among the age group 15-49 years (an estimated 62%) in 2019. WHO defines key populations as people in populations who are at increased HIV risk including men who have sex with men; people who inject drugs; people in prisons and other closed settings; sex workers and their clients; and transgender people.
India has the third largest HIV epidemic in the world. In 2017, HIV prevalence among adults (aged 15-49) was an estimated 0.2%. This figure is small compared to most other middle-income countries but because of India’s huge population ( around 1.39 billion) this equates to about 2.1 million people living with HIV. However, overall India’s HIV epidemic is slowing down. Between 2010 and 2018 new infections declined by around 27% and AIDS-related deaths more than halved, falling by 56%.
The number of new HIV infections in Jammu and Kashmir is lowest in recent years and seven times lower than the Indian national average, a government reports says, but the rate of decline is still worrying. A recent HIV estimation report published by national AIDS control society (NACO) puts J&K at the bottom of the list of Indian states in terms of adult prevalence of the life threatening viral infection.
India’s National AIDS Control Programme(NACP) is a globally acknowledged programme. Launched for the first time in 1992, it is a scientifically well-evolved comprehensive phased programme, grounded on a strong structure of policies, programmes, schemes, operational guidelines, rules and norms — primarily aimed for the prevention and control of HIV/AIDS in the country. And over time, the focus of the programme through its phases has shifted from raising awareness to behaviour change — from a national response to a more decentralized response with involvement of multiple sectors.
While the symptoms of HIV vary depending on the stage of infection, people living with HIV tend to be most infectious in the first few months and many are unaware of their status until later stages. During the first few weeks after initial infection, individuals may experience no symptoms or an influenza-like illness including fever, headache, rash, or sore throat.
As the infection progressively weakens the immune system, an individual can develop other signs and symptoms, such as swollen lymph nodes, weight loss, fever, diarrhoea and cough. Moreover, they are more prone to develop opportunistic infections such as tuberculosis, cryptococcal meningitis, severe bacterial infections and cancers such as lymphomas and Kaposi’s sarcomas.
Regarding the modes of transmission–to become infected with HIV — infected blood, semen or vaginal secretions must enter one’s body. There is no scientific evidence that through ordinary contact like hugging, kissing, dancing or shaking hands with someone who has HIV or AIDS would transmit infection. Moreover, HIV can’t be transmitted through air, water or insect bites. One can become infected with HIV in several specific ways — by having sex with an infected partner; blood transfusions from infected persons; sharing needles and syringes contaminated with infected blood and infected mothers can transmit the infection to their babies during pregnancy, delivery or through breast-feeding.
While there is no vaccine to prevent HIV infection or cure for AIDS till date, however, it is possible to protect oneself and others from infection through educating about HIV and avoiding any risky behaviour that allows HIV-infected fluids – blood, semen, vaginal secretions and breast milk to enter one’s body. Moreover, effective antiretroviral (ARV) drugs can control the virus and help prevent transmission.
More to say, there are several ways to help prevent the spread of HIV — using a protective device every time one have sexual intercourse with their partner — in case one doesn’t know the HIV status of their partner; using a sterile and clean needle to inject drugs; and while pregnant, women getting medical care right away if found HIV-positive is crucial to prevent transmission of the infection to their foetus. Moreover, getting tested and treated early for any sexually transmitted diseases (STDs) would significantly decrease the risk of becoming infected with HIV or spreading it to others.
A preventive therapy, pre-exposure prophylaxis (PrEP) can help prevent HIV infection in people who don’t have HIV but who are at high risk of becoming infected with HIV. PrEP involves taking a specific HIV medicine every day. According to the Centers for Disease Control and Prevention (CDC), by taking PrEP every day, a person can lower their risk of getting HIV from sex by more than 90% and from injection drug use by more than 70%.
Another preventive modality called post-exposure prophylaxis (PEP) involves taking antiretroviral (ARV) medicines very soon –within 72 hours — after a possible exposure to HIV. More to say, among many opportunistic infections, tuberculosis (TB) is the most common presenting illness and cause of death among people with HIV. Therefore, individuals who are diagnosed with HIV and active TB should urgently start effective TB treatment (including for multi-drug resistant TB) and anti-retroviral therapy(ART), and TB preventive therapy should be offered to all people with HIV who do not have active TB.