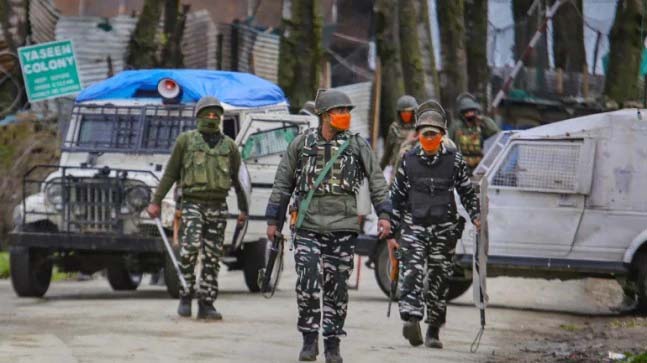 Srinagar : An encounter broke out between militants and the security forces in Jammu and Kashmir’s Kulgam district early on Sunday, police said.
Security forces launched a cordon and search operation in Sighanpora area in the south Kashmir district following inputs about the presence of militants in the area, a police official said.
The search operation turned into an encounter after the militants fired upon a search party of the forces, who retaliated, he said.
The exchange of fire is going on and further details were awaited, the official said. (Agencies)