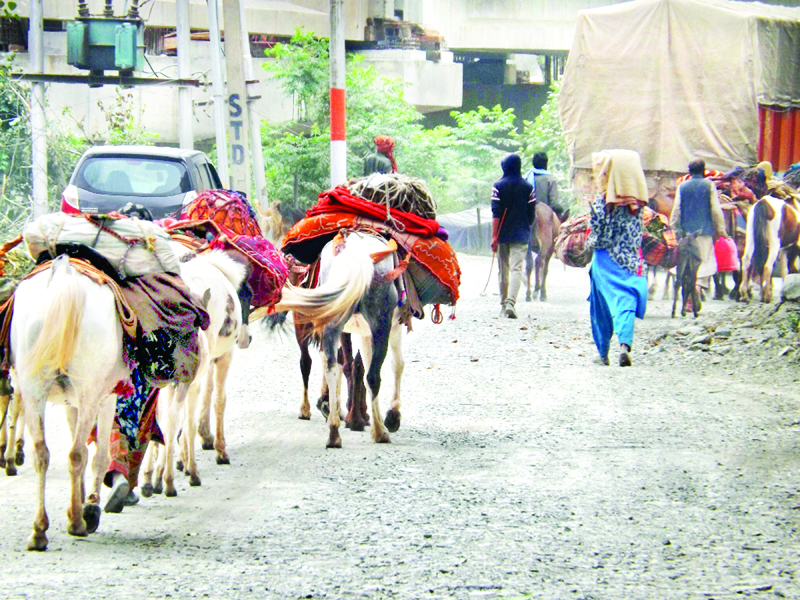 The tribal communities of Jammu and Kashmir known for their industry, hard work and their main occupation being agriculture and animal husbandry – rearing sheep and goats etc, have problems peculiar to their life style and occupational structure. These communities, as per the 2011 census, being more than 1.5 million have remained more or less neglected in matters of economic development to a larger extent although there is a Tribal Affairs Department set up by the Government to exclusively look into their issues and problems. However, if it is said that a sort of discrimination and even injustice having been meted out to them for decades by the successive (the then state) Governments would not be any exaggeration.
If a holistic view in respect of their main traditional occupation related to animal husbandry and agriculture, in particular, is taken by the UT Government and various steps taken including arranging the best of available technical, professional and better marketing support to them, better results on the ground will be seen. Policies and programmes framed, in this connection, need not only proper implementation but better monitoring and follow-up.
In the normal course, each community and group in the UT otherwise should be partakers of ongoing development process normally taking place and even from out of special schemes launched which are aimed at bettering the lives of citizens. It is an admitted fact, however, that spreading of education and encouraging their children in this regard by even to some extent incentivising them, has been going on for many years with encouraging results.
The main occupation of these tribes being related to animal husbandry,they remain actively mobile corresponding to change of seasons, moving from hills to plains in winters and vice versa and marketing of their animals, they have en-route very often to camp in the open exposing their cattle to various risks including endemic diseases. In this connection, the decision of the UT Government to build 1000 sheds for their cattle is first such step directly related to their traditional occupation which is commendable. Cattle – live stocks – do keep on confronting with many problems and how to deal with them and how to avail of the requisite facilities as also getting themselves acquainted with the latest in the field of cattle rearing , conducting of workshops periodically is very important. That would result in increasing the livestock productivity and reduce to a larger extent import of sheep and goats from some other states in the country.
The UT Government , therefore, having decided to conduct such workshops is again a step which is innovative in nature to deal with both the opportunities as well as the emerging problems inrespect of keeping goats, sheep and even horses. Researches and the data reveal that as compared to yester years , the main occupation of rearing the cattle and moving from one place to the other by these hard working communities in Jammu and Kashmir is on fast decline which not only needs to bereversed but such opportunities need to be created which can encourage the younger (and even educated) generation to take to and keep alive the occupational tradition . That would result in their not only generating enough self employment opportunities but addressing unemployment to a larger extent as well.
In addition to this, there is an ever increasing demand for sheep and goats in the UT for mutton and wool and at assured better remunerative prices. There are, however, several self help groups which are engaged in wool shearing etc and the UT Government having decided to extend financial assistance to them will result in accelerating the process of allied economic activities related to cattle rearing . Each such self help group out of the existing total 1500 groups shall now receive Rs. 1 lakh for acquiring latest wool shearing machines and skilling which need to be used for the specified purpose . Not only this, to encourage popularising solar power and Gen sets as many as 50 self help groups will receive financial assistance up to Rs.3 lakh .