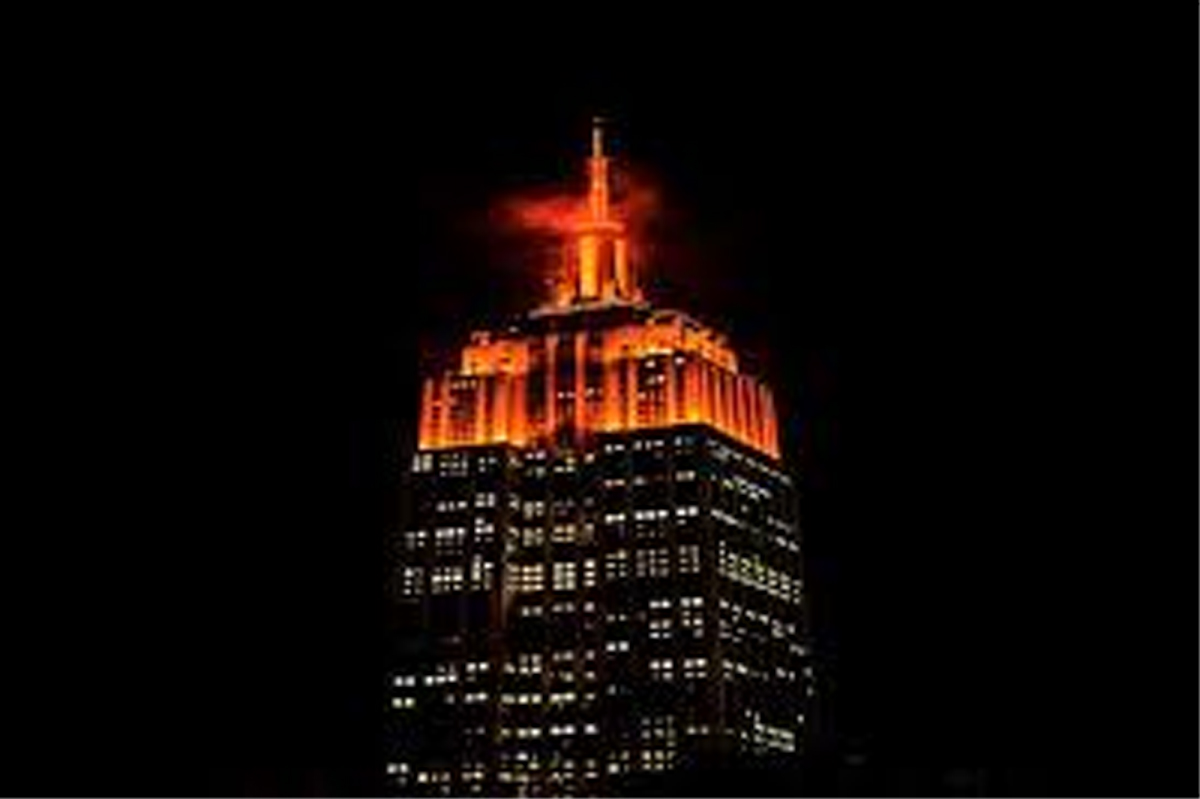 NEW YORK, Oct 29:The iconic Empire State Building was lit orange in celebration of Diwali in a ceremony led by a leading Indian diaspora organisation.

The world famous structure turned orange on Saturday night as Indians across the world celebrated Diwali.

The Federation of Indian Associations (FIA), the largest non-profit umbrella organisation in the tri-state area of New York, New Jersey and Connecticut of the Indian community, lit up the monument in a special ceremony organised by the FIA in cooperation with the Empire State Realty Trust.

The ceremony was attended by key members of the Indian diaspora. A special dance performance and cultural show was also presented on the occasion.

The special event was hosted and attended by FIA Chairman Ramesh Patel, President Alok Kumar, Trustee Ankur Vaidya and Past President Srujal Parikh and singer and songwriter Arjun Coomaraswamy, who flipped the switch to turn on the orange lights on top of the Empire State Building.

“The tower lit up with millions of festive lights in Orange, the colour of the Diya or the lamp and cast a beautiful hue across the night sky of New York City spreading the message of oneness in celebrating the victory of good over evil,” FIA said.

Last year also, the Empire State Building had been lit up to commemorate Diwali.

The Empire State Realty Trust (ESRT) and the FIA have been illuminating the Empire State Building in August every year in the colours of the Indian tricolor – orange, white and green – for the past two decades to mark India’s Independence day.

The FIA had previously said that such gestures by the ESRT helped in spreading the ancient Indian philosophy of Vasudhaiva Kutumbakam (the world is one family) and also demonstrated a great harmony in spirit and deeds between people of the world’s largest and oldest democracies. (PTI)