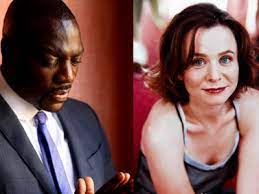 Los Angeles, Jun 17: British actors Emily Watson and Adewale Akinnuoye-Agbaje are set to play lead roles in the upcoming World War II drama “Late In Summer”.
Novelist Talitha Stevenson will make her directorial debut from her own script, reported Deadline.
Set in the UK’s rural Cornwall, the romantic drama will chart a brief encounter between a lonely farmer’s wife and a Black American GI that leads to first love in middle life and an impossible choice.
The movie, which will start production later this year, will be produced by Debbie Gray of Genesius. Actor Rafe Spall will serve as executive producer. (PTI)