NEW DELHI, Nov 21:The Congress on Thursday in Lok Sabha accused the Union Government of making “Government corruption official” by introducing anonymous electoral bonds, and said the earlier regulation over the influence of the rich on politics is no longer there.
Manish Tewari raised the issue during the Zero Hour but his reference to the role of the Prime Minister’s Office prompted Speaker Om Birla to turn off his mic and ask another member to raise his issue, prompting protests from Congress members.
Congress President Sonia Gandhi, who was in the House, then left her seat and led a walkout by her party members.
Earlier, Tewari said despite reservations expressed by the Reserve Bank of India and the Election Commission, the government went ahead with the introduction of electoral bond.
“This made Government corruption official,” he said.
There used to be control over the influence of the rich on politics earlier, Tewari said, adding this scheme introduced through the 2017 budget made donation anonymous. People don’t know who is the donor, who is the receiver and how much money has been given, he said. He cited documents received through the RTI Act to make his point. Under the electoral bonds scheme, the government has offered complete anonymity to those making donations. A donor could now anonymously buy a bond, and deposit it with the political party of his or her choice. (PTI) 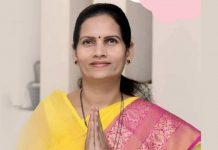 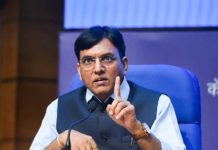