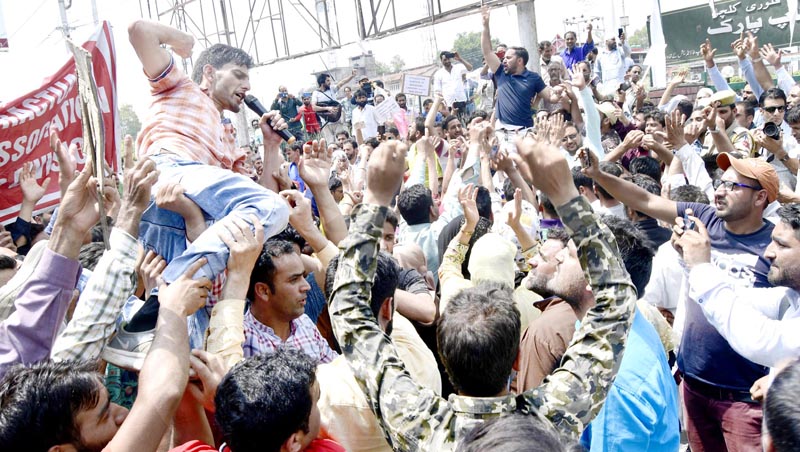 Excelsior Correspondent
Srinagar, July 23: Employees Joint Action Committee (R) today held a protest demonstration in order to press for their demands. The EJAC (R) said that it marked a beginning of the agitation in support of genuine demands of the employees.
The protest was held under the supervision of State President Babu Hussain Malik and other officer bearers of the Committee. The Committee rued the step-motherly treatment of the Governor towards the employees.
They said that the administration was not showing its seriousness in resolving their long-pending demands. It said that if the Govt fails in getting the issues resolved in time, it would be forced to go for a State-wide agitation to press for their demands.
Meanwhile, thousands of employees from various departments participated in the protest and projected solidarity with the leadership of the EJAC (R). It hoped that the administration will seriously consider the demands of the employees without any further delay.

Construct community bunkers in all villages along IB: Manjit Singh