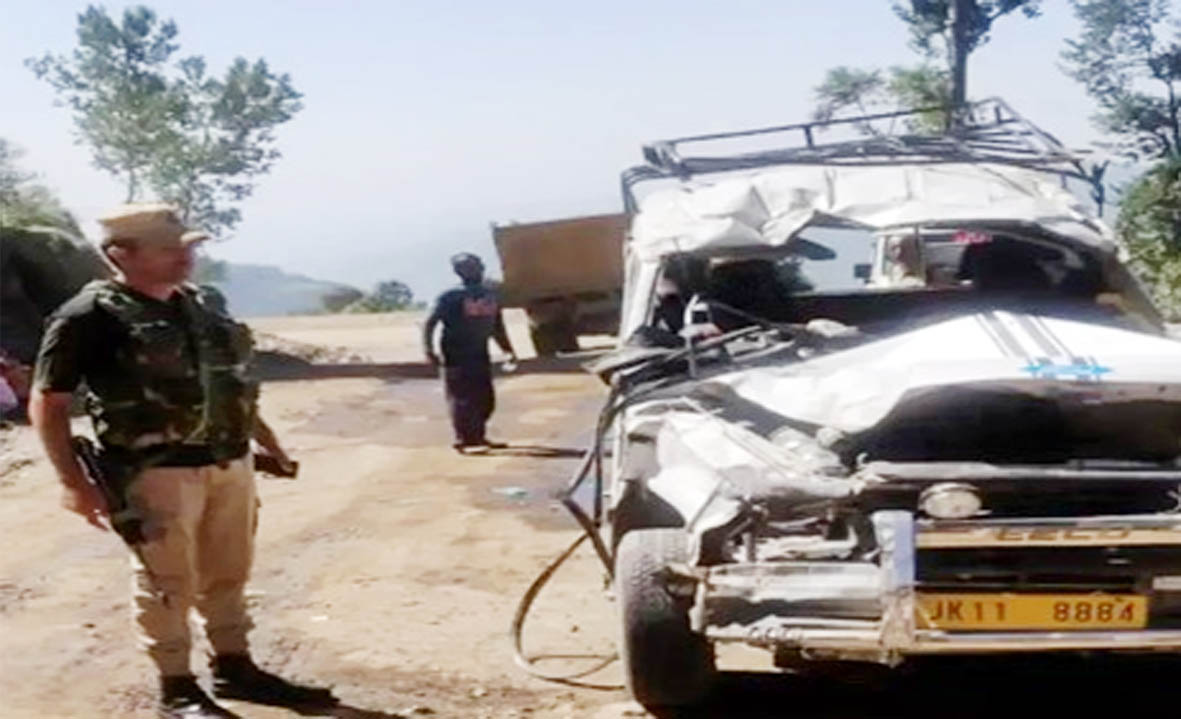 JAMMU, Sept 22: Eight people were injured when a cab they were travelling in skidded off the road and overturned in Rajouri district of Jammu and Kashmir on Thursday.
The vehicle bearing registration number JK11-8884 was on way to Rajouri from Bufliaz when it met with the accident near Magi Mohre.
Passersby immediately took the injured to nearby hospital where condition of all of them is stated to be stable.
SDPO Thanamandi Dr Imtiaz Ahmed, who along with police party visited the injured in the hospital, confirmed that eight people suffered wounds in the accident. He said a case has been registered with the concerned police station and further investigations taken up. (Agencies)