Over the past some time,there has been huge degradation of moral values in the society, which has have disastrous results.Children, especially the teenagers are indulging themselves in crime such as stealing, bullying, beating, kidnapping,committing cyber crime etc.There have been disturbing reports of parents being attacked by none other than their own children, which is against the Indian cultural values and ethos.Incidents such as roadrage are surging with the children losing their patience and temper at the slightest pretext.Not only this, unable to face the harsh realities and pressures of life,many children are taking the extreme step of committing suicide. Many reasons have been ascribed to this negative tendency growing in children.The most important reason often being cited that parents are not bringing up their children in a proper manner.Often it is argued that it is the poor parenting which is not helping in developing good qualities and high moral values in the children with the result that children are going astray.
Parenting is perhaps the most difficult task in one’s life time, especially in the modern fast and materialistic age.In these days of technology and fast changes, moral values are being eroded and the norms of the society are fast changing.Children spend a lot of time in browsing social media, watching television, playing video games etc. rather than playing games and sports with their peers.Consequently the social and interpersonal skills such as helping others, teammanship, etc are lacking in them and they become more and more self centered as they grow up.Moreover,children are so much pampered by their parents that they donot develop sense of responsibility and practical skills with the result that they remain dependent on their parents for even small jobs.They donot develop problem solving skill which can help them facing a tough situation.Parents realise this but it is too late by then.Then the Joint Family system which used to be the hallmark of our society,has crumbled giving way to nuclear families.With the more and more couples taking jobs in the government and private sectors, they have little time to bring up the child in an affectionate manner.Most of them admit their child in a creche or hire the services of a maid to look after the child in their abscence.All this does not ensure a proper development of the child in the hands of somebody other than the mother.There have been reports when the maids have illtreated the children.Gone are the days when the children would grow up in an atmosphere of love and affection among grandparents, parents, uncles, aunts, cousins etc in the joint family, But with the joint family crumbling fast in this age of fast and materialistic life, parenting has become an uphill task.It is a fact that the proper and harmonious growth of children can take place only when they are brought up in an atmosphere of love, affection, warmth and security.Parents should, therefore,keep in mind that they should bestow unconditional love for children.They should spend quality time with their children, try to understand their feelings,problems and conflicts.They should know the likes, dislikes, aptitudes, areas of interest of their children and should not set unrealistic and high expectations from their children.In no case should they compare their children with the children of other families as doing so may lead to development of low esteem in their child.They ought to understand that every child is born with a unique set of abilities.What is required is to create such an atmosphere where the child can explore his talents and abilities to the optimum level.In other words, we have to provide such an atmosphere where the child can unfold what is enfolded in his mind.They should themselves show such a behaviour in front of their children as they want to develop in their child.Therefore, they must be the role models for their child.They should not criticise the teachers of their child or shout at the servants in front of their child.If they want to develop qualities such as humility, respect for others, they should themseves learn to develop these qualities.At the same time, they ought not to yell or shout at the child.It will only lower his self esteem and bring down his/her confidence. He /She too has feelings and self respect.They should praise their child for his/ her good work and themselves have positive attitude.
At the same time,parents should not be overindulgent fulfilling every reasonable and unreasonable demand of their child.They ought to set limits and control for their child in every task such as using mobile phone, watching television, playing video games, attending parties etc.Children should also be actively encouraged to participate in social activities, games, fairs and festivals etc where they can imbibe qualities such as working in team, helping others in need, self discipline, respecting the feelings of others etc.At the same time,parents should never speak ill of others, especially about their children’s grandparents, teachers friends etc before their children.They ought to avoid quarrelling or poining out faults in each other in front of their children and let their children tackle the minor upsetting situations and sibling rivalry themselves.Last but not least, there is need to revert to joint family system where children can grow in a loving atmosphere and hear moral stories from their grandparents while going to bed at night and thus, develop into good human being and social beings as they grow up.
(The writer is serving as lecturer in English in Govt.Hr.Sec.School, Thial (Udhampur) 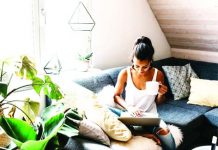 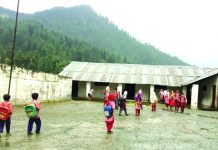 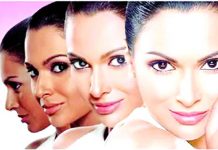 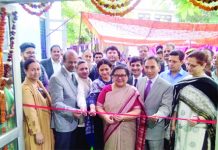