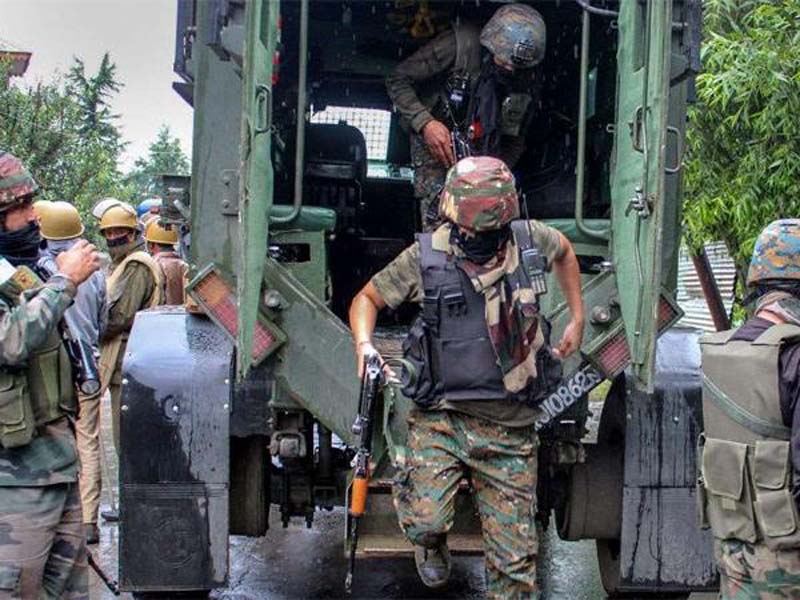 Nishikant Khajuria
JAMMU, Aug 5: Amidst strict curfew like restrictions and unprecedented security blanket, an eerie calm prevailed in Kashmir valley where no untoward incident was reported from anywhere on Monday, the Government of India bifurcated the State after scrapping its Special Status.
While all the mainstream leaders remained under house arrest, former Chief Ministers Mehbooba Mufti and Omar Abdullah, along with People’s Conference leaders Sajjad Ghani Lone and Imran Raza Ansari were today placed under detention.
They were arrested and detained in makeshift jails in Hari Niwas and other Guest Houses in view of apprehensions of breach of peace and tranquility. Keeping in view the situation, six different premises have been identified for converting the same into temporary jails, official sources told the Excelsior.
The curfew like restrictions, which were imposed last night, were strictly enforced allowing no movement of any civilian throughout the day while National Security Advisor Ajit Doval also reached Kashmir today and personally monitored the situation by camping there.
The services of Mobile internet, broadband and even landline phones remained suspended throughout the Kashmir valley. The Civil and Police administration operated through the satellite phone provided to the officers, including all the SHOs across Kashmir. Besides, 60 additional Mobile Magistrates have been designated to deal with the situation.
The authorities had last night imposed indefinite curfew like restrictions in Srinagar and other parts of Kashmir and put all the mainstream leaders, including Farooq Abdullah, Omar Abdullah, Mehbooba Mufti, Sajjad Ghani Lone, M Y Tarigami, Usman Majid and others under house arrest.
As the undeclared curfew continued today in most parts of the Kashmir with more restrictions since early morning and unprecedented deployment of security men, there was no report of any untoward incident or attempt to breach the restrictions in any part of the Valley, except a few minor incidents of stone pelting that too ended within minutes.
“The situation is under control. There are massive restrictions in place in Srinagar district and there are no reports of any untoward incidents from anywhere,” said DC Srinagar Shahid Iqbal Choudhary.
Reports said that 43000 troops of CRPF have been deployed in major towns of the Valley while 7000 more were dispatched to Kashmir today for ensuring a fool proof security cover and avoiding any attempt of vitiating atmosphere in the wake of Central Government’s move of bifurcating J&K after scrapping its special status as well as the statehood.
The strength of the security personnel has been increased around vital installations like Civil Secretariat, Police headquarters, Airport and various Central Government installations in the city. Barricades were erected on many arterial roads, including the entry and exit points to Srinagar city. Rapid Action Force vehicles were also been kept on standby in some areas where apprehensions of law and order disturbances were more
In view of the apprehensions that the ongoing situation may prolong even after August 15, the Independence Day, the authorities claimed that sufficient stocks of food grain and money were in store and there was no need to worry on this account.
In the wake of emergency like situation, the authorities have already cancelled leaves of all medicos and Para-medical staff in all the Government hospitals with immediate effect. The schools in entire Kashmir have been shutdown and examinations of Kashmir University, scheduled till August 10 have been postponed while there is a complete bar on holding any kind of public meetings or rallies till indefinite period.
Since there was no official announcement of curfew and the restrictions have been imposed under Section 144 of the CrPC, identity cards of essential services officials were being treated as movement passes wherever required.