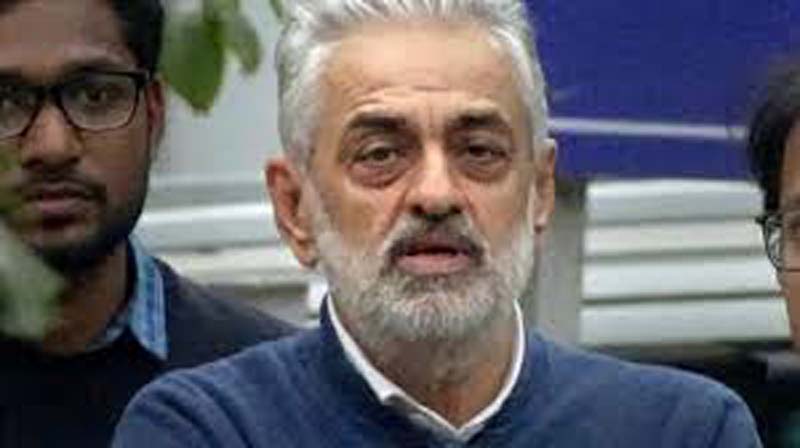 NEW DELHI, Oct 28: A Delhi court has directed the Enforcement Directorate (ED) to inform about the status of investigation against corporate lobbyist Deepak Talwar in a money-laundering case related to negotiations that allegedly favoured foreign private airlines and caused loss to state-owned Air India.
Special judge Anuradha Shukla Bhardwaj noted the submission of the ED lawyer that it has no hesitation in sharing with the court the progress of investigation and asked the investigating officer (IO) to appear before it with the details of the probe on the next date of hearing.
The order came after the lawyer representing Talwar told the court that since the accused is being kept in custody on the pretext of pending investigation, the agency should inform the court as to what investigation has been carried out and why the accused needs to be kept in custody.
He said the accused was denied bail earlier on the ground that investigation is pending in respect of Gilt Management, allegedly belonging to Talwar. He also added that Gilt Management’s income tax documents are already with the authority concerned as well as the ED.
“The investigation in so far as obtaining of evidence/ documents under relevant section of PMLA (section 57) is concerned, the same will take years together and the accused cannot be kept in custody till the conclusion of such investigation,” he said.
The court also directed the Tihar jail Superintendent to inform it as to why no proper arrangement for lunch of the accused is made on the dates he is produced before the court.
The direction came after the accused submitted that he is a diabetic patient and every time he comes to the court, a large gap comes between his meals.
The court extended the judicial custody of Talwar till November 18.
The ED had earlier said it needed to interrogate Talwar to get the names of Ministry of Civil Aviation, National Aviation Company of India Ltd and Air India officials, who had favoured the foreign airlines, including Qatar Airways, Emirates and Air Arabia. (PTI)
The agency had claimed that entities directly or indirectly controlled by the accused received exorbitant amounts from Qatar Airways, Emirates and Air Arabia and submitted a chart of a total of USD 60.54 million allegedly received by firms directly or indirectly owned by Talwar between April 23, 2008 and February 6, 2009.
Talwar’s alleged role in some aviation deals during the previous Congress-led UPA regime at the Centre was also under the scanner.
He was booked by the ED and the Central Bureau of Investigation (CBI) in criminal cases of corruption, while the Income-Tax department charged him with tax evasion. (PTI)