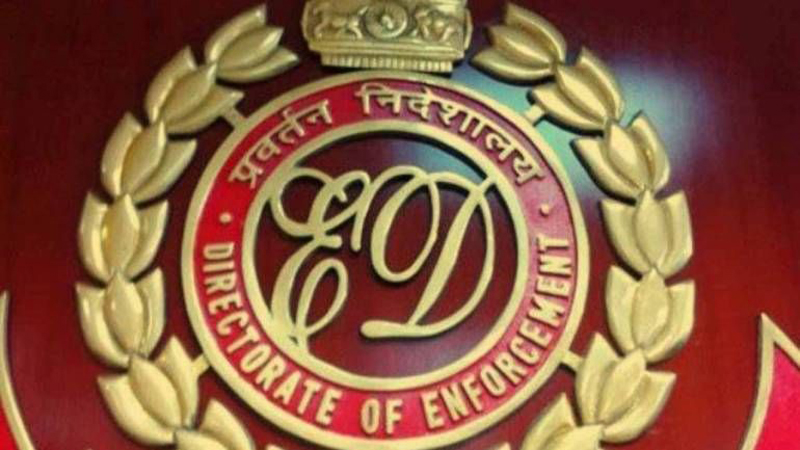 NEW DELHI, Apr 16: The Enforcement Directo-rate today said it has attached Rs 6.19 crore assets of Kashmiri businessman Zahoor Ahmad Watali in a money laundering case related to funding of terror and separatist activities in Jammu and Kashmir.
The agency also charged Watali and Hurriyat leaders of receiving funds from Pakistan through conduits and also from the Pakistan High Commission in India “directly”.
It said a provisional order under the Prevention of Money Laundering Act (PMLA) has been issued for attaching lands in Sozeith Goripora, Narbal and Budgam areas of Kashmir belonging to Watali and his family members that are worth Rs 6.19 crore.
The ED case is based on a charge sheet filed by the National Investigation Agency (NIA) as part of its probe against Lashkar-e-Taiba (LeT) chief Hafiz Syed.
“Watali has been found to be involved in fund raising and as a financial conduit of Hurriyat leaders,” the ED said.
The probe revealed that the “Hurriyat leaders have received funds from Pakistan through conduits and also from the Pakistan High Commission directly,” it said in a statement.
“This was substantiated by an incriminating document seized from the house of Ghulam Mohd Bhat during search,” it said.
Bhat worked as a cashier-cum-accountant with Watali, the ED said.
“The document clearly indicates that Watali was receiving money from Hafiz Syed (LeT and Jamaat-Ud-Dawa chief), from ISI, from the Pakistan High Commission at New Delhi and also from a source based in Dubai.
“Watali was remitting the same to the Hurriyat leaders, separatists and stone-pelters of Jammu and Kashmir. The said document has been maintained in regular course of his business and is signed by Watali,” it said.
This document, the ED said, indicated that the Hurriyat leaders were receiving funds from Pakistan through the officials of the Pakistan High Commission and through Watali.
The agency said the signature of Watali “has been verified” and as per the expert report, his signature on the stated document matches with his specimen handwriting as well as his admitted handwriting.
It said another accused in the case, Naval Kishore Kapoor, mobilised funds from “unknown sources in Dubai and remitted the same to Watali and his company Trison Farms and Construction Pvt Ltd”.
The agency last month had similarly attached Rs 1.03 crore assets of Watali in Gurgaon in this case as part of a crackdown against terror funding and separatist activities in Jammu and Kashmir.
The agency said the NIA probe revealed that the All Party Hurriyat Conference (APHC) and other secessionists instigate the public, especially youths, to observe strikes and issue directives to the masses to hold anti-India protests, demonstrations and processions through press releases, newspapers and social media.
“This is done wilfully to create such circumstances which will arouse disaffection among the people of Jammu and Kashmir towards the Government of India,” the ED said.
Watali, Hafiz Saeed, Hizbul Mujahideen chief Syed Salahuddin and nine others have been accused by the NIA of “conspiring to wage a war against the government” and fomenting trouble in the Kashmir Valley.
In its charge sheet, the NIA has alleged that Watali received money from ISI of Pakistan, Pakistan High Commission here and from a source in Dubai.
Watali is lodged in the Tihar jail at present in connection with the NIA case. (PTI)