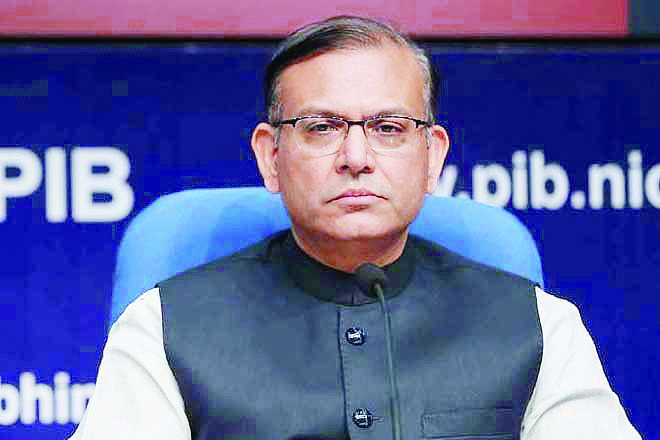 NEW DELHI: Former Union Minister Jayant Sinha on Monday said that the BJP brought the economy back on track, transforming it into a superfast ‘Rajdhani’, and it will soon run like a bullet train.

Speaking during the debate on Union Budget 2019-20 in Lok Sabha, the BJP leader expressed confidence that the Centre will not only meet its target of USD 5-trillion economy but reach the USD 10 trillion mark.

Rejecting the Congress’ charge that the Budget was a missed opportunity, he said what the party could not achieve in 60 years was done by the BJP in 60 months.

“When our Government came to power in 2014, the economy was in a critical stage… it was a passenger train. We came and brought the train on track… and made that passenger train into Rajdhani train. (AGENCIES)