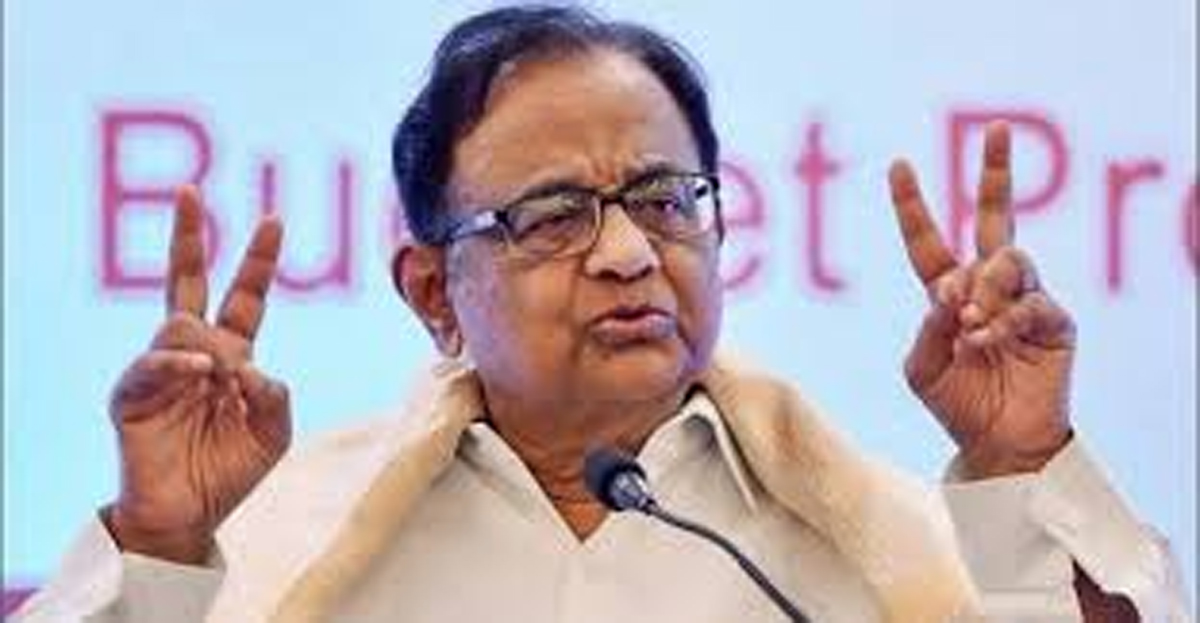 NEW DELHI, Feb 10: Former finance minister P Chidambaram on Monday tore into the Modi Government’s handling of the economy, saying it was close to collapse and was been attended by “very incompetent doctors.”

Initiating the debate on the Union Budget for 2020-21, he said rising unemployment and falling consumption was making India poorer.

The economy, he said, is facing demand constraints and is investment starved. The economy is facing fall in consumption and rising unemployment.

“Fear and uncertainty prevails in the country,” he added.

He said the chief economic advisor to the BJP government for four years, Arvind Subramanian has stated that the economy is in the ICU. But “I would say the patient has been kept out of ICU and incompetent doctors are looking at the patient,” Chidambaram said.

“It is dangerous to have a patient out of ICU and being looked upon by incompetent doctors. What is the point standing around and chanting slogan ‘Sab ka saath, sab ka vishwas’,” he said, adding every competent doctor the Modi government could ever identify has left the country.

“Who are your doctors, I want to know,” he said, adding the government considers Congress as untouchable and doesn’t think of any good about the rest of the opposition and so doesn’t consult them.

Chidambaram charged that instead of putting money in the hands of people, the Modi government “put money in hands of 200 corporates” by way of corporate tax.

He said Finance Minister Nirmala Sitharaman in her 160- minute budget speech did not talk of the economy and its management.

“You are living in echo chambers. You want to hear your own voice,” he said.

Listing problems with the Modi government, Chidambaram said it refuses to admits in mistakes, lives in denial and has predispositions.

The demonetisation of old 1000 and 500 rupee notes as well as hurried implementation of the Goods and Services Tax (GST) are “monumental blunders” that ruined the economy, he said, adding the Modi regime is predisposed to protectionism, a ‘strong’ rupee and is against bilateral and multilateral agreements.

“It is living in denial,” he said, adding the economic growth has fallen for hereto unseen six consecutive quarters.

He wondered on the narrative Finance Minister Nirmala Sitharaman was trying to give after reading out a 160-minute budget speech with few pages left unread.

Her budget neither made any reference to the Economic Survey nor picked up a single idea from it, he said.

Chidambaram, who is credited with presenting a ‘dream budget’ more than two decades back, said the GDP growth has declined for six consecutive quarters, agriculture is growing by just 2 per cent, while consumer price inflation has risen from 1.9 per cent in January 2019 to 7.4 per cent in a matter of 11 months.

Overall industrial index showed just 0.6 per cent growth. “Every major industry is either near zero or in negative zone,” he said, adding thermal power plants are operating at just 55 per cent of the capacity as factories have either closed or are on the verge of closure.

“That gives you a good picture of the state of economy. You don’t require MRI,” he said. “You are in management for six years. How long can  you blame previous managers.”

Drilling holes in Budget numbers, he said the 2019-20 budget projected a nominal GDP growth of 12 per cent but ended with just 8.5 per cent. Fiscal deficit was targeted to be shrunk to 3.3 per cent of the GDP but ended by at 3.8 per cent and in the next fiscal it is being targeted at 3.5 per cent.

Revenue deficit was targeted at 2.3 per cent in fiscal ending March 31, 2020 but ended up at 2.4 per cent and in the next it will rise to 2.8 per cent, he said, adding capital expenditure in the next fiscal will shrink to 0.7 per cent from 1.4 per cent in the current.

Net tax revenue in the current fiscal was targeted at Rs 16.49 lakh crore but only Rs 9 lakh crore was collected in first nine months till December 2019 and “you want us to believe this will rise to Rs 15 lakh crore by March 2020,” he said.

Similarly, expenditure in 2019-20 was pegged at Rs 27.86 lakh crore but only Rs 11.78 lakh crore spent during April- December and by March this is projected to rise to Rs 27 lakh crore.

“You have no money to spend… And these are masked by numbers,” he said. “Numbers are not easily acceptable or believable.”

This despite “the extraordinary powers” and “all kinds of power” given to lower level tax officials, he said.