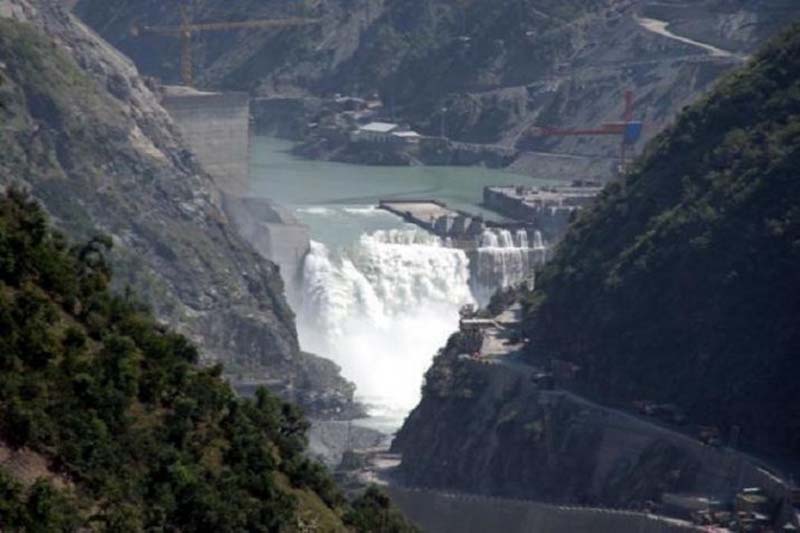 Mohinder Verma
JAMMU, Jan 16: Paving the way for early start of work on Ujh Multipurpose Project in Kathua district of Union Territory of Jammu and Kashmir, the Expert Appraisal Committee (EAC) has recommended grant of Environment Clearance to the Union Ministry of Environment and Forests with certain conditions to be followed by the Project Proponent– Jammu and Kashmir Power Development Corporation Limited.
Highly placed sources told EXCELSIOR that Expert Appraisal Committee for River Valley and Hydroelectric Projects in its recent meeting attended by the representatives of the Central Water Commission (CWC), Central Electricity Authority (CEA) and Central Inland Fisheries Research Institute (CIFRI) held detailed deliberation on the information submitted by the Project Proponent.
Accordingly, the EAC recommended the proposal for grant of Environment Clearance subject to submission of information on certain important aspects to the Union Ministry of Environment and Forests at the earliest prior to formal grant of Environment Clearance and compliance of applicable standard and additional conditions.
The Project Proponent has been asked to furnish information vis-a-vis clearance for 680.1 hectares (Ha) forest land involved in the project, wildlife conservation plan for Schedule-I species, detailed muck management plan having details of coordinates, capacity and approach roads of all the much disposal sites, command area development plan and details of proposed activities under local area development plan etc to the Union Ministry.
The EAC has also stressed that there should be strict adherence to the Environmental Management Plan and in case of revision of the project cost or due to price level change, the cost of Environmental Management Plan should also be updated proportionately, sources said, adding the committee has mentioned that after five years of the commissioning of the project, a study should be undertaken regarding impact on the environment through an independent agency.
“Necessary permission should be obtained for quarrying construction materials, if any required, for the project as per the EIA Notification, 2006 and stabilization of muck disposal sites should be ensured by using biological and engineering measures to ensure that the same doesn’t pollute the natural steams and water bodies in surrounding areas”, EAC said.
Stressing that land acquired for the project should be suitably compensated in accordance with the law of the land with the prevailing guidelines, the committee said, “private land shall be acquired as per the provisions of Right to Fair Compensation and Transparency in Land Acquisition, Rehabilitation and Resettlement Act, 2013”. Moreover, thrust has been laid on effective implementation of local area development plan and equipping of all the primary schools in the project affected villages with computer lab with proper internet connectivity.
“Now, ball is in the court of Jammu and Kashmir Power Development Corporation Limited as early submission of information pointed out by the Expert Appraisal Committee to the Union Ministry of Environment and Forests will lead to formal grant of Environment Clearance”, sources said while disclosing that wildlife clearance to the project was accorded in the month of August last year. Moreover, the project doesn’t involve any inter-state aspect as River Ujh doesn’t cross any other Indian State except Jammu and Kashmir.
The Multipurpose Project is proposed to be built on River Ujh, one of the main tributaries of River Tawi. The proposed dam site is located at village Barbari about 1.6 kilometres downstream of Panchtirthi and the power house site is approximately 9.5 kilometres downstream of dam site near village Deoli.
The annual energy benefit from the project in 90% dependable year is estimated as 238.66 Million Units. Moreover, about 10 cusec of water from Right and Left Main Canals will meet drinking water requirements of district Kathua. Due to construction of the project, area of about 30381 hectares (Ha) will become cultivable.
“Though the project doesn’t offer a very good return on capital invested but it will definitely bring about an improvement of socio-economic conditions of the people of the area and an improvement in farming practices and increase in yield will lead to the development of the area”, sources said.
Further highlighting the benefits of the project, sources said that it will solve the drinking water problem of the people in the area and provide relief from the miseries of flood. Moreover, the project has the scope of indirect benefits such as pisciculture, tourism and other progressive development.
“As there are no major industries or other avenues of occupation in the area, the project will open a large number of jobs to the local population during construction phase and various types of indirect business opportunities”, sources further said.
According to the details furnished to the Expert Appraisal Committee by the Project Proponent, in all 52 villages with 3700 families are likely to lose their homesteads as a result of the process of land acquisition due to construction of dam and subsequent submergence of villages.
“These families would be eligible to receive resettlement benefits in addition to compensation of homestead plot and structure. Moreover, the provisions of Right to Fair Compensation and Transparency in Land Acquisition, Rehabilitation and Resettlement Act, 2013 have been taken into consideration and these families will be resettled/relocated at one place as a group in one or more of the existing nearby villages”, sources informed.