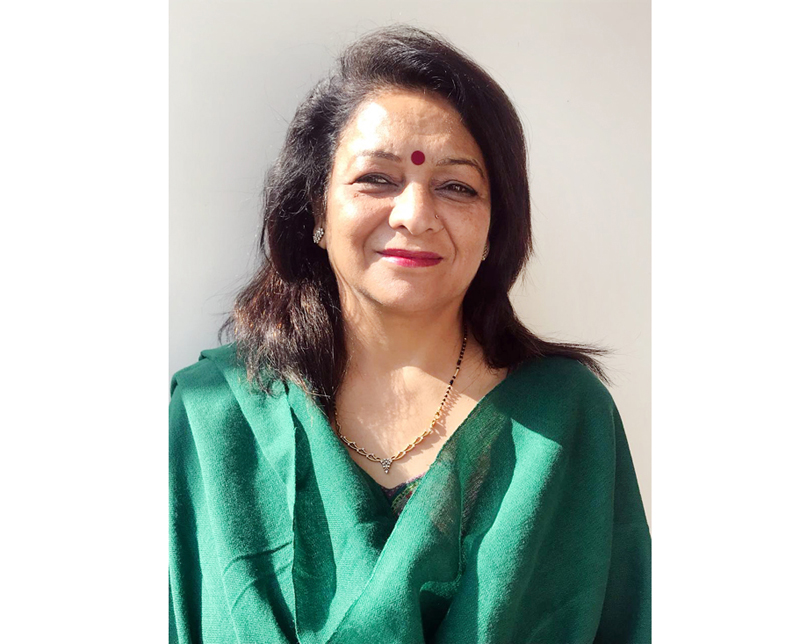 JAMMU: Inhabitants of Ward 50 of Jammu Municipal Corporation (JMC), which comprised of Sector 1 to 7 of Channi Himmat Housing Colony, are confronting many problems like poor sanitation system, choked drains, defected street lighting, bad condition of parks, roads & lanes and absence of any public transport facility.
“The Colony was established about 25 years ago by J&K Housing Board but even after three decades of its establishment many plots are vacant, where migrant labourers are living in shanties (jhuggies). These labourers do not have toilet facility and go for nature’s call in drains due to which people of surrounding areas are suffering badly”, Vijay Kumar of Sector 1 said while interacting with this Correspondent during a tour of the Colony.
Komal Sharma of Sector 1 and Dheeraj of Sector 3 said that roads and lanes in their locality have been completely damaged but the authorities concerned have shut their eyes and they are not ready to address sufferings of the residents. “Same is the condition of roads and lanes in Sector 6 and 7”, they said, adding, most of the street lights in the Colony are not in working condition and new electric poles are without street lights.
The inhabitants of the Colony also complained of improper water supply. “There are no fixed hours for water supply, sometimes water is released even in midnight due to which inhabitants find it difficult to store water for their use. Moreover, water pipes laid down by the PHE authorities do not cater to the water requirement of people of the area, particularly in Sector 5 and Sector 6, where water do not come into the taps without using electric motors”, said Vidya Devi of Sector 5.
Pointing towards the park of the area, Ashok Kumar of Sector 2 said, “You can see the condition of our park; there are no chairs, no recreation facilities for children and sports facilities for youth while plants of the park are dying due to lack of maintenance”. He said same is the condition of every park in the Colony except in Sector 4 and Sector 7, where there are some recreation and sports facilities.
“Cleanliness and insanitation are also big issues in the Ward. Though garbage bins are there but they are broken and open, and these open bins invite stray dogs and cattle which spread all the waste on road while searching food for them in the garbage bin,” Sohan Lal of Sector 7 said, adding further that the garbage is not lifted completely by the JMC vehicles. He said only one Municipal vehicle comes a day to collect the garbage, which gets full only in one sector, thus the waste of other sectors remain there.
Rahul Sharma of Sector 2 said that there is no public transport facility in this vast colony due to which people who do not have any personal conveyance are suffering badly while drains of the area remain choked due to encroachment of lanes by the residents themselves.
Corporator of the Ward, Neena Gupta, while speaking to Excelsior, said that problems of the Ward are not big and with public support, many problems will be solved. Gupta said that she has already constituted mohalla committees and assigned tasks to them.
On the issue of improper cleanliness, garbage collection, non-functional street lights, maintenance of parks, the Corporator said that she has already discussed all these issues with officers of the respective departments, who have started working in this direction.
Speaking about her priorities, Neena Gupta said that besides ensuring proper cleanliness in the Ward, she wants to start e-rickshaw facility in the Colony. “Moreover, there is no Government Hospital in this vast colony and its surrounding areas, so I will try to bring a Government Hospital in the area”, she added.
The Corporator further expressed her wish to set up a fire-station in the area, saying that the nearest fire-station is at Gandhi Nagar but due to traffic congestion, the fire tenders from Gandhi Nagar could not reach timely in the hours of need. “Besides, I want to name all the parks of the Ward on the name of our freedom fighters and install their statues there”, added the Corporator.