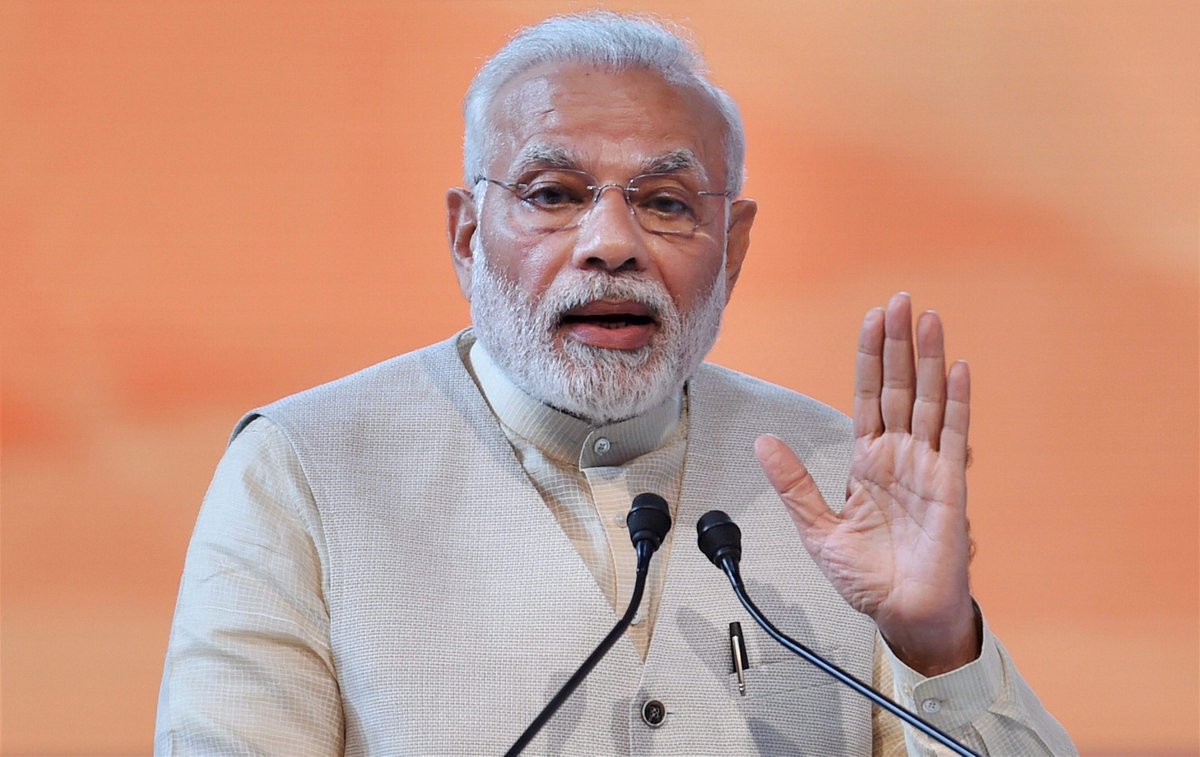 NEW DELHI: Prime Minister Narendra Modi asserted today that dynasty politics has “ended” and voters are rewarding hardworking leaders, as he set the tone for 2019 Lok Sabha elections, saying it is not the time to look back but to move ahead and work for a win in the next polls.

In his address to a meeting of all BJP ‘morchas’, which focus on groups like farmers, scheduled castes, scheduled tribes, women and youths, Modi said people can differentiate between his Government and the ones before it and claimed that there is no allegation against the current dispensation, sources said.

While for other parties self and family come first, for the BJP Government the nation and people hold utmost priority, Modi said, according to party general secretary Bhupender Yadav who briefed reporters on the PM’s speech.

The first such meeting of all wings of the party is seen as an attempt by its top brass to galvanise its rank and file in preparation for the general elections, which are less than a year away.

“Dynasty politics has ended and leaders trying to win over the masses with their hard work are being rewarded. Our aim is not family first, which may be the goal of other parties, but nation first,” the Prime Minister said, distinguishing between ‘parivarwaad’ (dynasty) and ‘parishramwaad’ (hardwork).