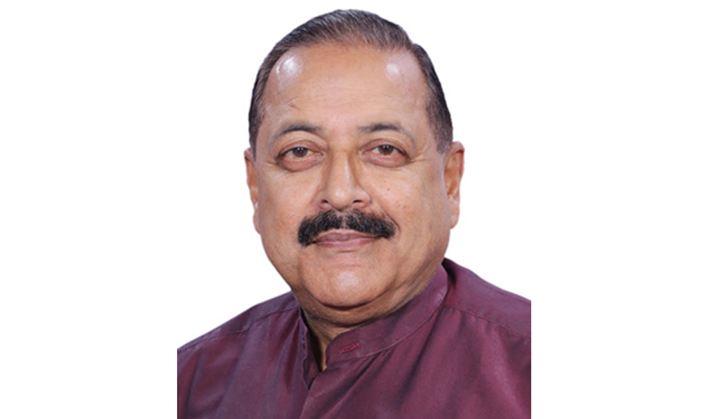 KATHUA, May 27: Making a scathing attack on dynastic parties of J&K, Union Minister in PMO with Independent charge of North Eastern States, Dr Jitendra Singh said that these parties deprived a vast section of people from exercising their franchise to keep their own vote bank in tact and maintain their monopoly in the political setup of Jammu and Kashmir.
Talking to this reporter, the Union Minister outrightly rejected that BJP believes in vote bank politics and change of demography for this purpose.
“There is no such example in BJP where the party can be accused of changing the demography of any region for the vote bank politics as the party believes in the adage of ‘Sabka Sath and Sabka Vishwas’. Justice to all and appeasement to none is a matter of faith for us and we are committed to it”, he added.
Dr Jitendra Singh, while defending the abrogation of Article 370 and introduction of new Domicile Law in J&K said BJP’s intent has never been demographic change in any part of the country including J&K. But those accusing us of it were themselves responsible for depriving the people who migrated to J&K from West Pakistan soon after partition were deprived of exercising their franchise for last 70 years,” he added.
“This was done by the dynastic parties because they wanted to keep their limited vote bank intact so that their dynasties can remain in power for decades together and have monopoly in the politics of the J&K”, he added.
He said had BJP, which is in power at Centre and 15 States of the country played the vote bank politics by changing the demography it would have been in power in almost all the states of the country today.
“We don’t have the Governments in Kerala and West Bengal and it has never been our motive to create restrictions of not to vote on the voters of our opponents like TMC in West Bengal and Communists in Kerala,” he added.
Maintaining that BJP always respected the provisions of democracy whether in power or opposition, Dr Jitendra Singh said those who oppose BJP in politics their children will support the party some day because the party has offered itself to the service of nation and people will definitely side by us seeing our performance and dedication to the national cause.
Dr Jitendra Singh said there is no comparison of dynastic parties with BJP as there can’t be a single instance where BJP can be accused of promoting dynastic succession and none of the party PM’s and CM’s can be accused of promoting their progenies.
The Union Minister said that the BJP is the only party in the country which has tried to reach out to every section of the society regardless it being the vote bank or not. “We are guided by the Mantra of serving last man in the last queue and then leave it to the voter to exercise his or her choice. But we can’t create conditions on them”, he added.
He said after getting the citizenship it is the prerogative of the person which party he will vote but on that basis “we can’t deny citizenship to any body.”