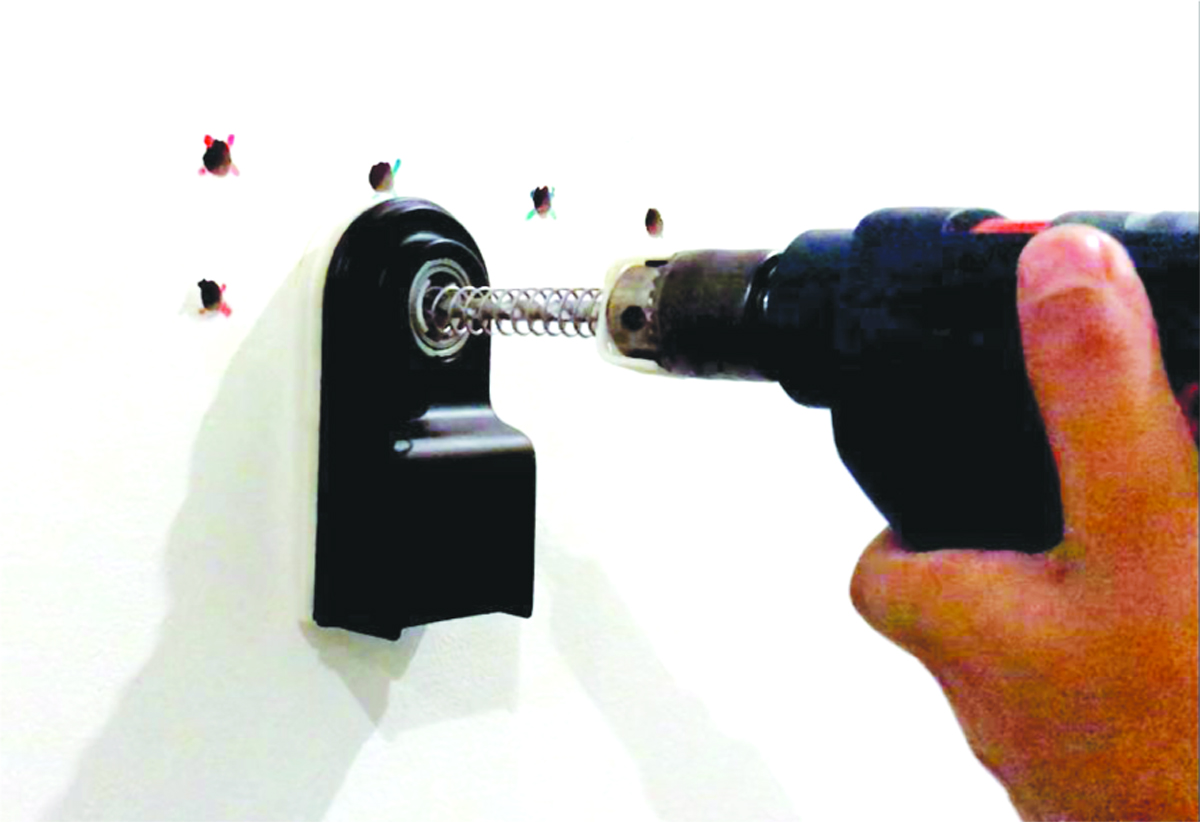 Ravinder Kumar
Drill DusterTM is a patented simple mechanical accessory that can be attached to any handheld drilling machine to collect dust at the very source, during drilling without the need of any additional motors or batteries. It protects your lungs by keeping the work environment dust free during and after drilling, can collect and store dust for up to 20 holes, weighs less than 100 grams and avoids all the mess so that no post drilling cleanup is required, ever!
Story of the Invention from the Inventor
One of my early days after coming back to India from Germany having completed my masters, I was drilling a hole on the concrete ceiling of my room to hang my bicycle that was rusting in the backward and came across a pain.
During the process of drilling, quite a significant amount of dust was generated and some of it fell on my right eye, even though I was wearing eye protection. I had an eye infection for about a week and really thought to myself why no solution was there to collect dust for the most used power tool in the world, the drilling machine. I went to the web and found some solutions, however, most of these solutions required an external vacuum cleaner to collect the dust and others were just below par designs when it came to capturing the lighter air borne dust that caused my eye infection.
So, I used some of my imagination and engineering to come up with a solution that utilizes the already available forces and motion during drilling to extract the drill dust and made an invention: The Drill Duster, developing and improving the concept over a period of 2 months. Drill Duster has further gone through an exhaustive design evaluation, validation and market research over the course of last 4 months and is now market ready. It is right now in production and shall be launched and be available to purchase for everyone in November 2019.
About the Inventor
Sid completed his master’s in automotive engineering on 13th February 2018 from RWTH Aachen University, Germany and his bachelor’s in mechanical engineering from Thapar University Patiala, India in 2015 where he also received the award for the Best All Round Student for the batch 2011-2015.
Just 37 days post completing his masters, he founded SID07 (pronounced “sidseven”) Designs in Jammu, which also happens to be his hometown in India. During his late schooling, he developed a huge amount of interest in physics, especially mechanics. As this passion for physics grew, he decided to pursue bachelor’s in mechanical engineering and then further reinforced all the knowledge, application and experience by pursuing master’s in automotive engineering.
During the course of this time (eight years) he worked on more than twenty engineering projects which included designing and fabricating an innovative throttle valve for race car application, a completely mechanical cricket bowling gun, intake manifold runners for a Formula Student Car and exhaust runners for Honda EXC600 engine, which he fabricated with bare hands as a 1st year bachelor’s student. During this time, he also experienced more than 30 months in the industry, became the first trainee to win a Best Kaizen Award in Eicher Tractors, became a co-inventor at FEV, bagged two supremely recognized degrees from two different continents and made a ton of quality contacts.
Over the course of last one and a half year, Sid has individually made seven inventions out of which two are granted patents in India, two are patent pending and 3 are in pipeline for patent filing. All these inventions have a mechanical soul with varied industrial applications such as automotive tooling, wearable technology for health and wellness, hydraulic pipes and fittings, dust extraction for handheld and bench top tooling, plastic waste management and bio waste management.