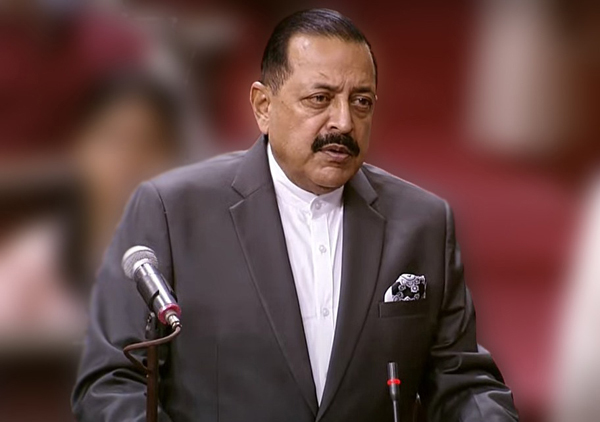 NEW DELHI, Feb 10 : Union Minister of State (Independent Charge) Science & Technology; Minister of State (Independent Charge) Earth Sciences; MoS PMO, Personnel, Public Grievances, Pensions, Atomic Energy and Space, Dr. Jitendra Singh, who is also Minister Incharge DoPT (Department of Personnel & Training), today updated the Rajya Sabha about lateral entry appointments in administration during the last three years.
The Minister stated that under the leadership of Prime Minister Narendra Modi, DoPT had appointed 10 Joint Secretaries and 19 Directors through lateral entry. This is in keeping with the provision of Lateral recruitment at the levels of Joint Secretary, Director and Deputy Secretary in the Government of India, for appointment of persons for specific assignments, keeping in view their specialised knowledge and expertise in the domain area.
In reply to a question in the Rajya Sabha, the Minister stated that the selection was undertaken by the Union Public Service Commission on the basis of transparent process, inviting applications through open advertisement for these posts. Candidates from private sectors are appointed on contract basis and those from the State Government/UT Administration/Public Sector Enterprises (PSEs)/Autonomous Bodies/Statutory Organisations/ Universities/ Recognised Research Institutes on deputation basis, for a term of three years.
Ten candidates appointed as Joint Secretary through lateral recruitment (seven selected in 2019 and three selected in 2021), are in positions in various Ministries/Departments.  Further, nineteen candidates have been selected in 2021 for appointment to the post of Director on lateral recruitment basis.
The details of Candidates selected for appointment as Joint Secretary and Director through lateral recruitment in the Government of India between 2019 and 2021 are as follows :
The 10 Joint Secretaries appointed during this period include Amber Dube, Ministry of Civil Aviation, Rajeev Saksena, Department of Economic Affairs, Dinesh Dayanand Jagdale Ministry of New and Renewable Energy, Sourabh Mishra Department of Financial Services, Sujit Kumar Bajpayee, Ministry of Environment, Forest and Climate Change, Suman Prasad Singh, Ministry of Road Transport & Highways, Bhushan Kumar, Ministry of Port, Waterways and Shipping, Samuel Praveen Kumar, Ministry of Agriculture and Farmers’ Welfare, Manish Chadha, Department of  Commerce and Balasubramanian Krishnamurthy, Department of Revenue.
As far as  Directors are concerned, 19 Directors in different Ministries and departments have been appointed between 2019 and 2021.