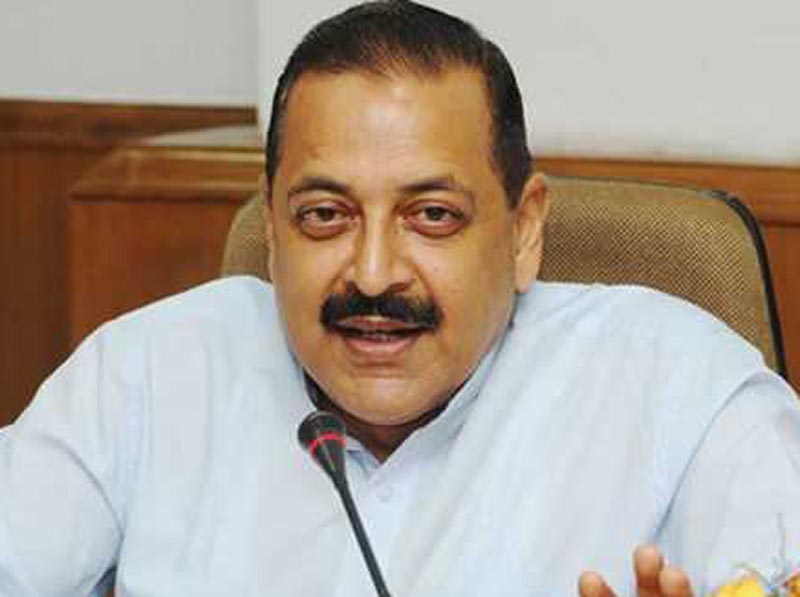 NEW DELHI, Sept 25: Union Minister Dr Jitendra Singh today hit out at the National Conference (NC) and the People’s Democratic Party (PDP) for their “selective outrage” over Local Body Polls in Jammu and Kashmir and said they only want to carry on dynastic politics at the cost of common people.
Both the NC and the PDP have announced that they would not contest the upcoming urban body election and panchayat polls.
“NC and PDP, claiming to be mainstream parties, stand exposed before their own people. NC has always been vociferously advocating rule of autonomy but it is opposed to granting autonomy to the popularly elected panchayats and their sarpanches. It in other words means that this party has a vested design to ask for autonomy in order to continue dynastic rule but is not in favour of democratic autonomy for popularly elected local bodies,” he said.
Singh, the Minister of State in the Prime Minister’s Office, said this also exposes their “scandalous” design of not allowing central grants for the local bodies and panchayats to reach the elected representatives.
“These parties have also betrayed the facts that they not only take their people for granted but also their party cadre. Some of the cadre of NC and PDP have rejected dynastic diktat and have rebelled,” he said, suggesting alleged discontent among these parties’ workers.
Singh said when the BJP took the decision to withdraw from the coalition Government in Jammu and Kashmir on June 19, a senior NC leader and his team began a sustained campaign on Twitter asking for immediate dissolution of State Assembly and holding of mid-term Assembly polls at the earliest.
“At that time they did not utter a single word of concern with regard to Article 35 A. But when the announcements for panchayat elections happen, they raked up the bogey of Article 35 A. It is now for their party leadership to explain whether they will revive their decision to dissolve the Assembly election or stick to not to contest any Assembly elections because of concerns on Article 35 A,” the Minister said.
He said if they don’t do so then they would only be exposing themselves that they are interested in Assembly polls in a bid to grab Ministerial berth but they want to deprive the local representation by opposing Panchayat elections.
Article 35 A of the Constitution bars people from outside Jammu and Kashmir acquire any immovable property in the State.
The Supreme Court had on August 31 deferred the hearing on a bunch of petitions challenging Article 35 A of the Constitution, as the Centre had urged the court to take up the matter after Panchayat elections in the State. (PTI)