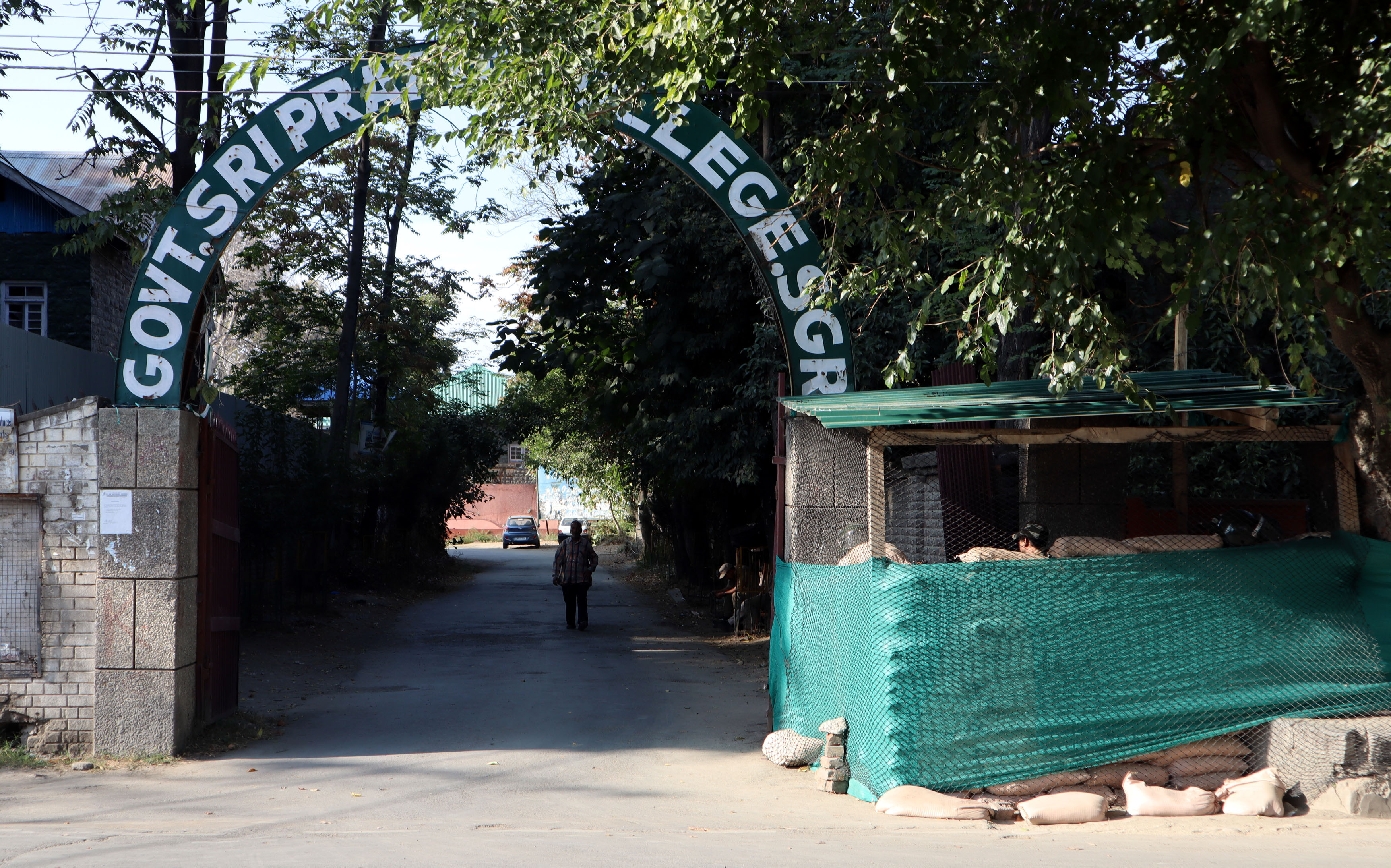 Srinagar, Sept 30: After inputs of frequent militant movement, security around vital installations has been intensified and over two dozen fresh bunkers have been set up across sensitive areas of Srinagar city.
Security forces have inputs that militants might carry out attacks in Srinagar city so the security has been intensified around vital installations to prevent such attacks. Security personnal are keeping round the clock vigil of these installations as a security measure.
The troops have also set up around 35 fresh bunkers at various places in Srinagar city mostly in sensitive areas. The new bunkers have come up at Jehangir Chowk, on MA road outside SP College, TRC and several other places as a security measure. Besides there are mobile bunkers stationed at few dozens of places across Srinagar city.
The bunkers from the Srinagar city and in the outskirts were removed after 2002 when Mufti Mohammad Syed was elected as Chief Minister of the State. As the militancy went down, the decision to reduce the foot prints of the security forces on the ground was taken by the Mufti which brought relief to the people. The new bunkers are reminding people of Srinagar of 1990s when the bunkers dotted the landscape of city and other major towns.
Security forces have also inputs that militants might carry out grenade attacks across Kashmir for which Chinese made grenades have already been distributed among the cadre and Over Ground Workers (OGWs). Sources said that troops who are deployed across Kashmir might be the target of these grenade attacks.
Security forces have also established nakas across Srinagar and other parts of Kashmir valley to prevent militant movement. The vehicles are being thoroughly checked and people frisked at many places in the outskirts of Srinagar city.
Security forces have established night nakas and night domination at sensitive areas of Srinagar city and along the highway to prevent militant movement.
They have inputs that militants are making frequent movement across Kashmir valley as security forces are deployed for law and order duty which has taken some focus out of anti-militancy operations. Some local youth have also joined militancy in last two months besides as per Multi-Agency Centre (MAC) some 40 militants have infiltrated into Kashmir this year. However, ground reports suggest the number of infiltrated militants was double than the MAC figures.