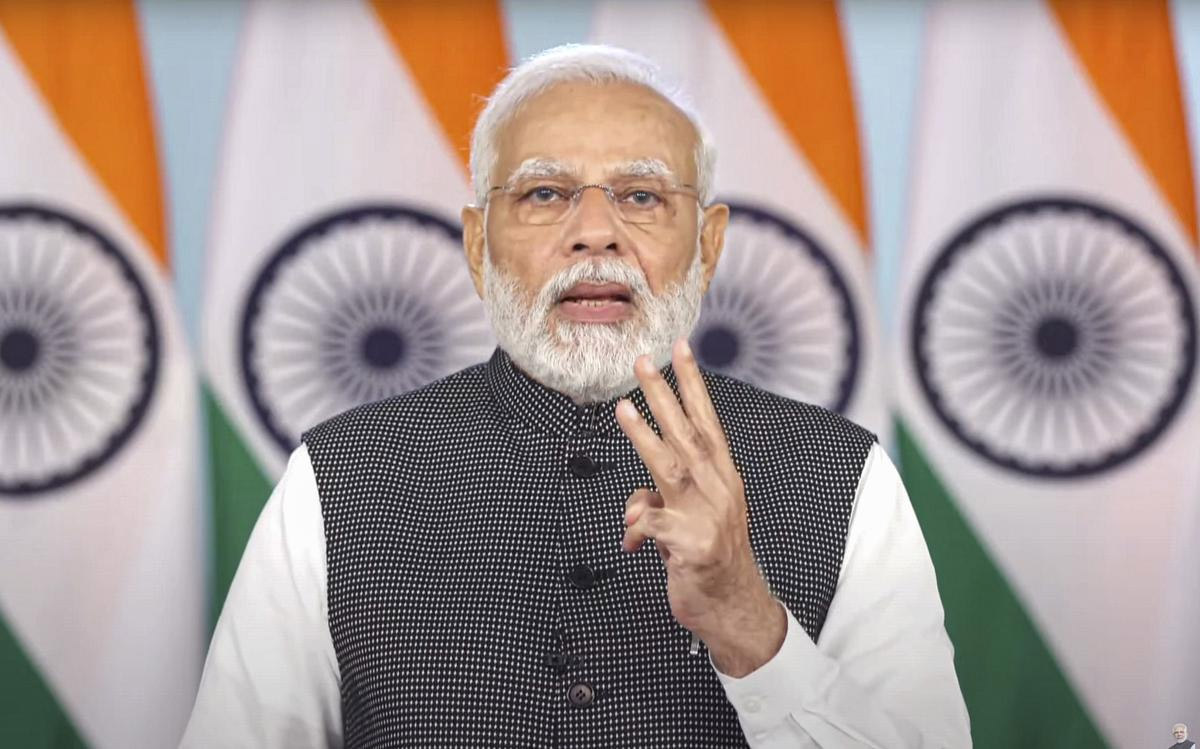 NEW DELHI, Aug 19: Prime Minister Narendra Modi on August 19, 2022 said it does not take much effort to form a government, but a lot of hard work goes into building a country as he took a veiled jibe at the Opposition for neglecting a key issue like water conservation.
He said those who were not concerned about the country were not bothered about its present or the future and maintained his government has been working for the last eight years to ensure water scarcity does not become an impediment in the path of overall development.
Mr. Modi was addressing, via video link, a programme titled “Har Ghar Jal Utsav”, organised by the Goa government to mark 100% piped water supply coverage in rural households of the state. He referred to his government’s flagship scheme of providing piped water to every household by 2024.
“You don’t have to strive much to form a government, but you need to put in great efforts to build a country,” he said.
Mr. Modi said to achieve the target of providing tapped water to every household in the country, the government needs to work round the clock.
Taking a veiled dig at the Opposition, Modi said those who were not bothered about the present and future of the country just talked about water conservation, but never took any steps to address the issue.
“In the last eight years (of the BJP-led NDA government), we are working to ensure that water scarcity does not become an impediment in the process of nation building,” he said.
Describing water security as one of the biggest issues being faced globally, the Prime Minister said it could prove to be a major challenge for the country in its march towards becoming a developed economy. (Agencies)