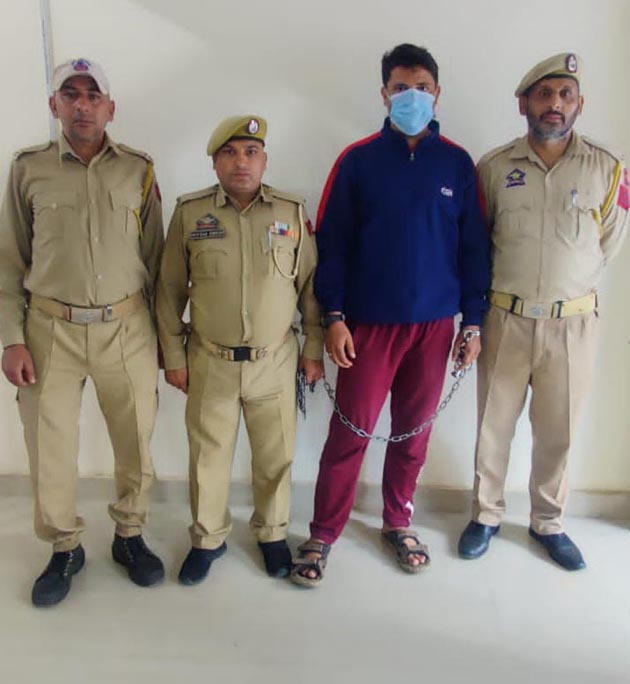 Doda:  In a statement issued by Doda Police, it was told that a notorious drug Peddler namely  Sadam Hussain Zargar @ SANAM POONCHI son of Ali Mohd  Zargar resident of Chinote, Bhaderwah has been booked  and lodged in District Jail Bhaderwah under the  provisions of  illicit trafficking in narcotics drugs and psychotropic  substance Act, 1988 for his repeated involvement in possession and transportation of  Narcotics drugs.

Worth to mention here that said drug Peddler was involved in many offences related to NDPS  Act which includes FIR No. 200/2019  registered against him on 26-07-2019 at Police Station Gandhi Nagar Jammu and FIR No. 132/2022 registered on 15-08-2022 at Police Station  Bhaderwah. He was serious threat  to youths  of the locality by way of getting them involved in consuming as well as selling  drugs and  spoiling their career as well as health.

Doda Police is acting tough against the drug peddlers  and making strenuous efforts to eradicate drug menace from  the society and so far (36) cases have been registered against (40) drug peddlers during the current year. Moreover 32 drug peddlers were also detained under preventive custody.