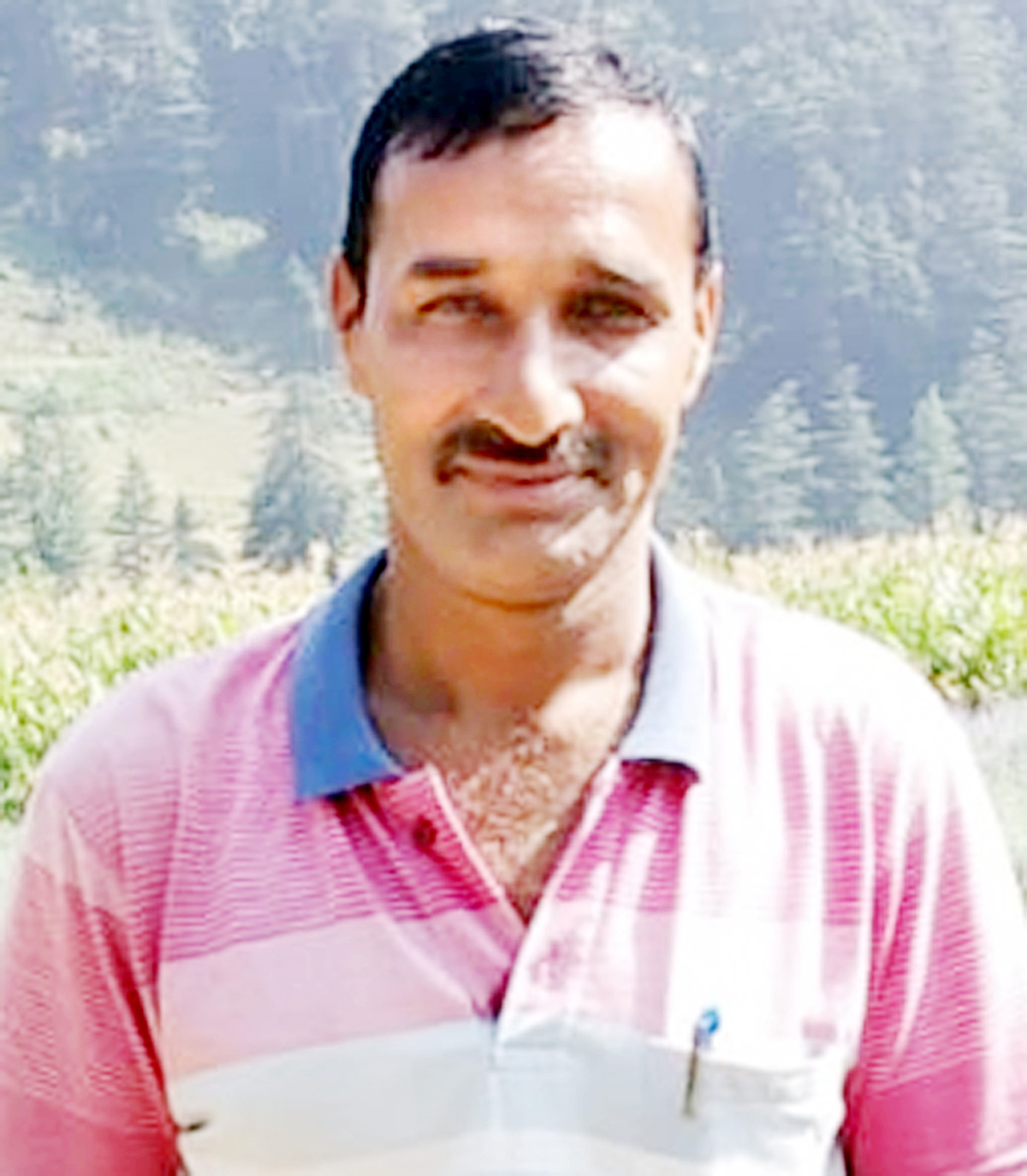 BHADERWAH, Mar 2: A 42-year-old farmer from a remote village here in Jammu and Kashmir’s Doda district, Bharat Bhushan, has been selected for the prestigious ‘Innovative Farmer Award’ by the Indian Agricultural Research Institute.
Bhushan will receive the award in New Delhi on the concluding day of the ‘Pusa Krishi Vigyan Mela 2020’ tomorrow for innovative farming by bringing 62 acres of land under aromatic plant (lavender) cultivation.
The farmer, who was on the Below Poverty Line (BPL) list, attributed the change in his fortunes to an interaction with Prime Minister Narendra Modi in a live video conference four years ago.
“We used to sow maize and vegetables on our two kanals (0.4 acres) land, earning a meagre Rs 15,000 annually. But after turning to aromatic plants, we took additional land on lease and started growing lavender, and got a turnover of Rs three lakhs a year,” Bhushan, a resident of the inaccessible Lehrote-Khellani hamlet in Bhalla tehsil, said.
This is the first time that a farmer from Doda has bagged the prestigious national award.
Displaying the letter sent to him by the Centre for Agricultural Technology Assessment and Transfer, IARI, New Delhi, Bhushan said his idea of turning to lavender cultivation was initially opposed even by his family.
He said when he floated the idea of shifting from traditional maize cultivation to aromatic plant farming in 2010, his fellow villagers made fun of him and even his family members disapproved the idea.
“But I put my foot down and took the risk. Luckily, I made good returns after the first harvest,” Bhushan added.
He claimed it was initially very difficult and costly to get access to lavender seedlings but things changed for the better after he managed to interact with the Prime Minister during a live video conference session.
“That was the turning point of my life as on the same day in 2016, the Government started its aroma mission,” Bhushan added.
“Today, we get saplings free of cost and my profit has increased to Rs 3 lakhs per harvest, besides, I am providing direct employment to many people,” he claimed.
Bhushan’s farm is now a sought-after destination for agricultural scientists and farmers. It has been selected for field training by the Krishi Vigyan Kendra (KVK), Doda, and the Department of Agriculture.
KVK Doda in-charge Narinder Paul congratulated Bhushan and said, “This is the first time that a farmer from Doda district has won the prestigious IARI Innovative Farmer Award. The award is not only a recognition for the farmer but a testimony to KVK’s persistent efforts for farmer promotion as well.”
“Bhushan not only employed himself but is also providing direct and indirect employment to 60 other people. He alone started from a small piece of land and today 500 kanals (62.5 acre) and nearly 100 farmers are associated with the progressive farmer in lavender cultivation,” Paul added. (PTI)