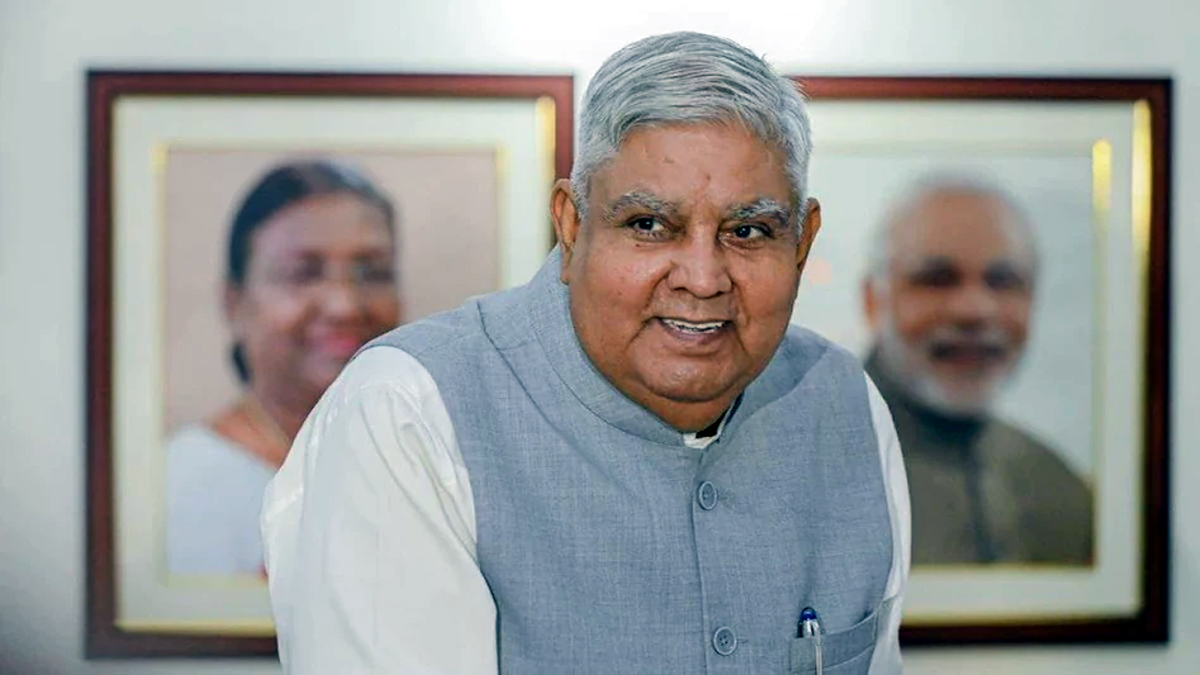 NEW DELHI, Dec 7: Rajya Sabha chairperson Jagdeep Dhankhar on Wednesday said any incursion by the three organs of the government into each others domains has the potential to upset the governance apple cart and asserted that all should respect the “laxman rekha”.
In his maiden address in the House, he also slammed the scrapping of the National Judicial Appointment Commission (NJAC) bill by the Supreme Court, saying it was a “glaring instance of severe compromise of parliamentary sovereignty and disregard of the mandate of the people”, remarks which came in the backdrop of recent run-ins between the government and the judiciary over appointment of judges.
Democracy blossoms and flourishes when its three facets — the legislature, the judiciary and the executive — scrupulously adhere to their respective domains, Dhankhar said, adding that the doctrine of separation of powers must be respected.
He said that “any incursion by one institution, in the domain of the other, has the potential to upset the governance apple cart”.
“We are indeed faced with this grim reality of frequent incursions. This House is eminently positioned to take affirmative steps to bring about congeniality amongst these wings of governance. I am sure you all will reflect and engage in way forward stance,” the vice president said.
It is institutional seamless connect marked with mutual trust and respect that generates an ecosystem best suited for serving the nation, Dhankhar stressed.
“This House needs to catalyse this wholesome environment to promote synergic functioning of constitutional institutions, emphasising need to respect Laxman Rekha,” he said.
Referring to the 99th Constitutional amendment Bill that entailed the formation of the NJAC, he said the “historic” parliamentary mandate on it was “undone by the Supreme Court on October 16, 2015 by a majority of 4:1 finding the same as not being in consonance with the judicially evolved doctrine of ‘Basic Structure’ of the Constitution”. There was “unprecedented” support to the Bill, he said.
“On August 13, 2014, Lok Sabha unanimously voted in its favour with there being no abstention. This House too, passed it unanimously on August 14, 2014, with one abstention. Rarely in parliamentary democracy, there has been such massive support to a Constitutional legislation,” Dhankhar said.
There is no parallel to such a development in democratic history where a duly legitimised constitutional prescription has been judicially undone, he said.
This was a “glaring instance of severe compromise of parliamentary sovereignty and disregard of the mandate of the people of which this House and the Lok Sabha are custodians”, the vice president said.
Dhankhar also noted that it is disconcerting that on “such a momentous issue, so vital to democratic fabric, there has been no focus in Parliament, now for over seven years”.
“This House, in concert with the Lok Sabha, being custodian of the ordainment of the people, is duty bound to address the issue, and I am sure it will do so,” he said.
The vice president called for all constitutional institutions “to reflect and give quietus to public display of adversarially challenging stance, trading or exchange of advisories emanating from these platforms”.
He also urged the members of the House to “proactively catalyse evolution of wholesome cordial ecosystem ending this aberration”.
Dhankar also reminded the members of their responsibility in the smooth functioning of the House, saying obstruction and disruption of proceedings as parliamentary practice or option are antithetical to democratic values.
“Contemporaneous scenario on this count is concerning and makes it imperative for us to follow the high standards set in the Constituent Assembly. We need to be cognizant of severe public discomfort and disillusionment at lack of decorum in the temple of democracy,” he said. (PTI)