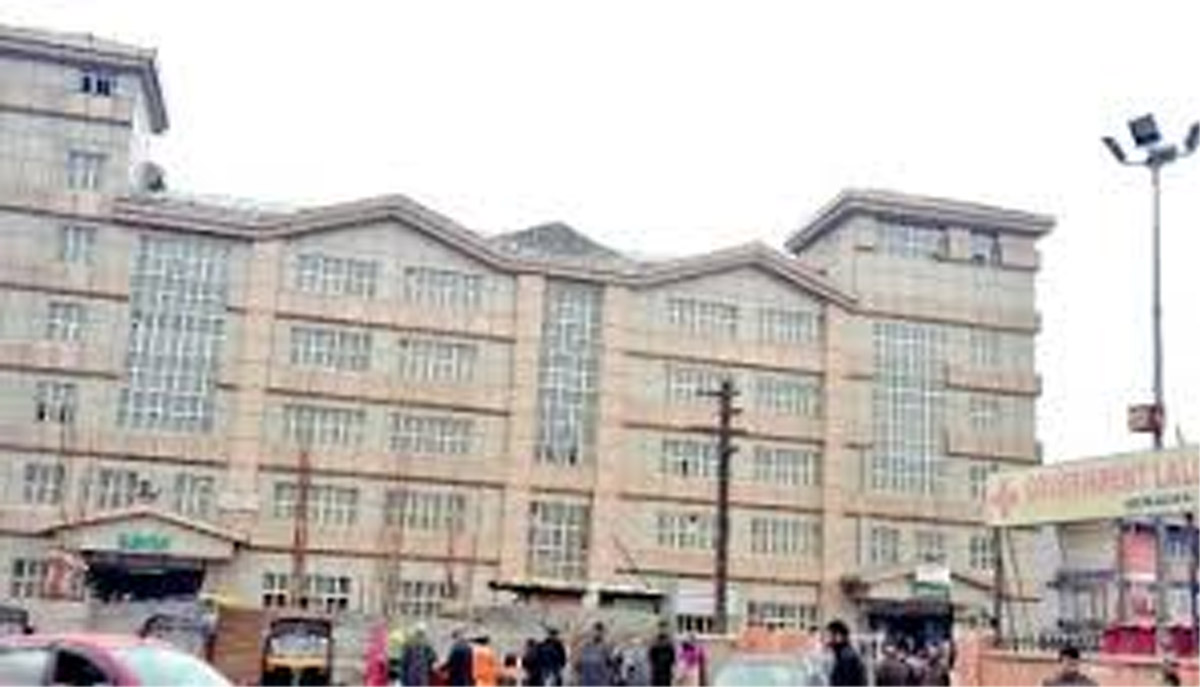 SRINAGAR, Jan 19: The Lal Ded hospital administration has ordered an inquiry after a woman from very remote village in Kupwara gave birth to a dead child on the roadsides when she was turned back by doctors on Srinagar outskirts.
Former Chief Ministers Omar Abdullah and Mehbooba Mufti demanded action in this tragic case while another senior National Conference (NC) leader of the party said a case has been registered in police station Rajbagh in this connection.
According to report, a woman of a very remote snow bound area developed labour pain on Thursday night. However, in the absence of road connectivity due to accumulation of snow, the relatives of the woman brought her to hospital at Kalaroos after covering five km on foot.
The doctors later referred her to District hospital, Kupwara where she was provided an ambulance and rushed to Lal Ded hospital because of some complications.
The relatives of the woman, including husband, alleged that at Lal Ded hospital, the only maternity hospital and tertiary facility in the Valley, an Ultra sound was conducted and they were directed to go back to their village at 2000 hrs.
Despite repeated pleas that their village is snowbound and they could not go at this time, the doctors forced us to leave, the husband of the woman alleged. He further alleged doctor used abusive language when we pleaded that we should be allowed to stay in hospital for a night since it was cold outside.
He said after hiring a three wheeler, the woman developed severe pain and gave birth to a dead child on the roadside. Medical superintendent of the hospital Dr Shabir said an inquiry will be conducted and those responsible for the negligence will be punished. He said inquiry will cover everything and nobody will be spared.
He said there are standing instructions to doctors not to send any patient home, particularly from rural areas in the evening until senior doctors examines them. We have issued clear instructions if any patient is from villages or outskirts, she should be allowed to stay in the hospital during the night whether she is in labour pain or not, he said adding we will inquire why this rule was not followed in this case.
Meanwhile, people on social media have strongly condemned the incident and demanded immediate arrest and dismissal of doctors responsible for this negligence.
Mr Omar taking to twitter said ?I hope the state functionaries working under the command of @jandkgovernor take immediate action in this tragic case.
Another NC leader from Kupwara Qiesar Jamsheed Lone, MLC, demanded immediate action against guilty and said a case has been registered in police station Rajbagh.
In a tweet he said Very unfortunate, my sympathy, I appeal to the authorities to look into & take immediate action against the guilty, also spoke to the SHO Rajbagh case has been registered.
Another former CM and Peoples Democratic Party (PDP) president Mehboobba Mufti in a taking to micro blogging site twitter Saturday said Heart wrenching that a pregnant woman was turned away from a hospital which ironically is named after the great Kashmiri mystic saint Lal Ded .
She later gave birth to a still born in frigid temperatures. Cannot even begin to fathom the pain & trauma the parents must have felt.
Peoples Conference (PC) chairman and former minister Sajjad Gani Lone in a tweet said woman gives birth on road. It is imperative that action is taken. Overall there is a dire need to reorient health devices to challenges of Today. (UNI)