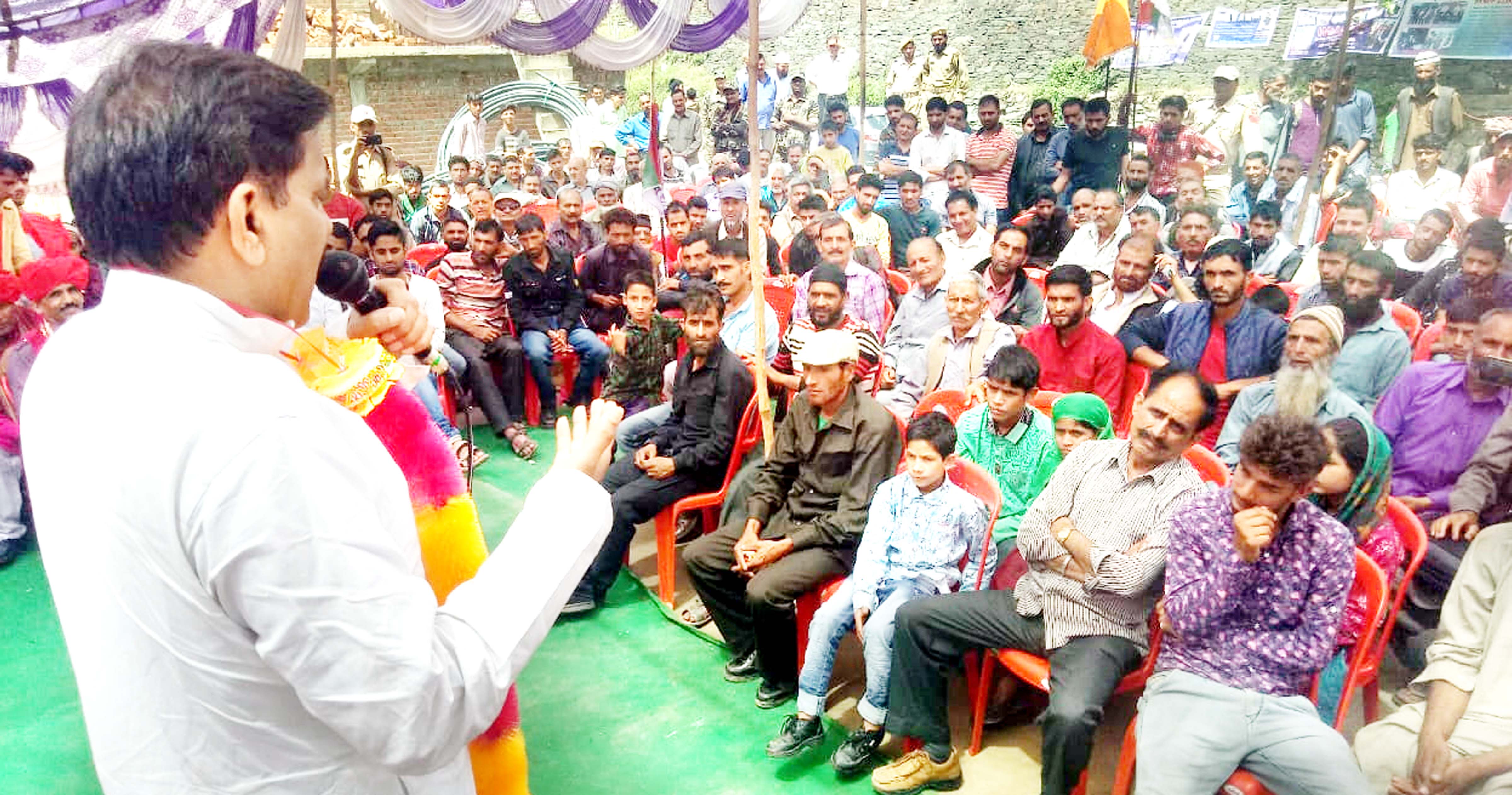 Excelsior Correspondent
RAMBAN,  June 17:  Former minister and NPP chairman Harsh Dev Singh today said that with Kashmir valley having been converted into a vortex of violence and its tentacles spreading to other parts, the situation in the State seemed to be fast reverting back to early nineties.
Addressing public meeting at Ramban, Ukhral and Magarkot today Harsh Dev said that Govt has failed to control bloodshed and armed insurgency and it has  plunged the State in unprecedented chaos.  With loss of precious innocent lives having become a regular feature in the present dispensation, the incumbent Govt had lost the moral authority to continue in office and needed to be dismissed.
Harsh Dev said that a Govt which could not honour its primary responsibility of safeguarding the lives and liberties of its people and providing them a sense of security had no right to exist. “Not only were the people of the State perpetually haunted by a feeling of insecurity but also were deprived of their genuine bonafide rights essential for their existence as citizens of the State and guaranteed them under the constitution.
The people of the rural areas  were the worst suffers of the Govt apathy which had left them at the mercy of God,  Harsh Dev said.
Alleging collapse of the socio-constitutional apparatus of the State and breakdown of its administrative and law and order machinery, Singh said that the situation was conducive for invocation of Sec 92 of the constitution by dismissal of the present unholy regime. He said that mal-governance, lack of accountability and transparency, fractured work culture and patronized corruption were the hall marks of the present Govt which needed to go at the earliest.
Responding to the demand for Degree College in Ukhral, Harsh Dev Singh assured the gathering of taking the issue vigorously with the Govt at various levels.
Yash Paul Kundal, Sewa Singh Bali, Basharat Ali, Pawan Dev Singh, Gagan Pratap Singh, Parshotam Parihar and Bagwan Dass also spoke on the occasion.