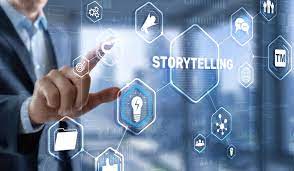 Grahamstown, Dec 3: Storytelling and science may, at first glance, seem like strange bedfellows. Scientists usually share their research through academic journals and books or at academic conferences.
But storytelling is a powerful way to share scientific research with non-expert audiences.
Today, stories can be built digitally: photos, videos and audio clips create visually, emotionally effective stories that are relatable and easily understood.
There are several reasons for taking this approach. One is that making scientific research accessible is essential for citizens to participate in democracies.
And, rather than a researcher sharing people’s insights and experiences in a journal that’s not read by many, they can work with participants to craft stories that give voice to marginalised and oppressed communities.
Good digital storytelling is a way to impart different forms of knowledge in a way that stimulates action.
For instance, it can influence policy. However, the tool needs to be used by those who have been trained to accurately, ethically and sensitively report various aspects of research findings.
We trained ten early career researchers from six African countries – Senegal, Tanzania, Nigeria, Uganda, Rwanda, and South Africa – about digital storytelling.
This work was undertaken by the African Research Universities Alliance Water Centre of Excellence and the Social Innovation Hub at Rhodes University in South Africa.
All the participants study some aspect of water, such as pollution, allocation and access.
The researchers created digital stories based on their academic work. The videos were shared on several platforms, like email, WhatsApp, Youtube, stakeholder workshops and during a symposium at the international 2021 African Research Universities Alliance Biennial Conference.

What participants told us

The researchers are all post-doctoral; they obtained their PhDs in the past decade. This was an opportunity to build their capacity as science communicators early on in their careers.
First, they participated in a week-long online digital storytelling training workshop, accredited by Rhodes University. They learned, among other things, about building narratives and how to do basic video editing.
A few months after the training, and once the digital stories had been distributed via various platforms, we interviewed the ten participants.
We wanted to find out how using digital storytelling had helped them and where there was room for improvement.
They overwhelmingly described digital storytelling as a useful tool for quickly sharing research work and findings with local and international colleagues.
It also helped them to advertise their research to potential future funders.
The training has even inspired institutional change. In Uganda, Makerere University’s College of Agricultural and Environmental Sciences and the Department of Geography have started to use digital stories as teaching aids – including the one developed during training.
Makerere has also partnered with the Mastercard Foundation to set up digital studios that will help produce stories.
This is a recognition of digital storytelling as an important tool for academics. It empowers students to share their research with peers, communities and policy makers.
Participants also found digital storytelling useful in highlighting multiple stakeholders’ experiences. Such nuanced and emotive stories are not often captured in traditional research outputs like journal articles.
This approach gave stakeholders an important voice to those who might not have much power in decision making around the management of water resources.

Some gaps and concerns

There was room for improvement, though.
For starters, not all the community stakeholders whose experiences were captured in digital stories had access to digital platforms.
There are also language limitations. Senegal, for instance, is a Francophone country – so should the video be in French or in English? Our Senegalese participant decided to create a video in French with English subtitles.
There was also a concern that the digital stories were oversimplified or presented idealistic narratives.
Participants worried that their stories didn’t adequately reflect how decision making relating to the management of water quality, water use and allocation in each case study context had resulted in some stakeholder groups being marginalised.
Participants also suggested that stakeholder communities could be taught digital storytelling skills.
This would allow communities themselves to authentically portray their own experiences.

We believe that digital storytelling could become a valuable tool for water resource researchers in Africa. It is a way to enhance science communication and collaborative efforts in addressing water resource challenges.
But training is key. Digital storytellers must be able to accurately, sensitively report on the issues at hand and how these play out for those affected.
Accessibility, too, must be considered. Some of this is linguistic; some relates to the availability of digital resources.
And, as our participants suggested, digital storytelling could perhaps be most powerful when local communities are given the skills to lead the creation of digital stories of their particular context, problem and experiences. (The Conversation)
(AGENCIES)