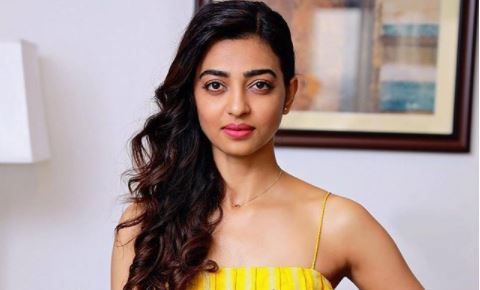 MUMBAI: Not everything that is offered is inspiring enough for an artiste, says Radhika Apte, who decided to board the Apple TV Plus series “Shantaram” as it presented her with the opportunity to collaborate with director Justin Kurzel on one of the most popular novels of current times.

“Shantaram”, by Gregory David Roberts, has been on the wishlist of many filmmakers including Mira Nair, who at one point wanted to adapt the book with Johnny Depp in the lead role but the project fell through.

Now Apple TV Plus has announced that they will adapt the book with Charlie Hunnam in the title role.

Apte, who inspired viral memes with her back-to-back projects on Netflix last year only to follow it with a short gap, is looking forward to “Shantaram” and a few other projects that she has signed but is yet to announce.

“I don’t have a rule book but there should be something exciting for me… It can be the character, the director, the story or sometimes the banner. It is always difficult to find a story or a project that completely satisfies you or inspires you or challenge you as an artiste,” the actor told reporters.

“I didn’t sign anything for months because I didn’t find anything inspiring enough. Now I have signed ‘Shantaram’ and there is another project I’m about to sign,” she added. (AGENCIES)