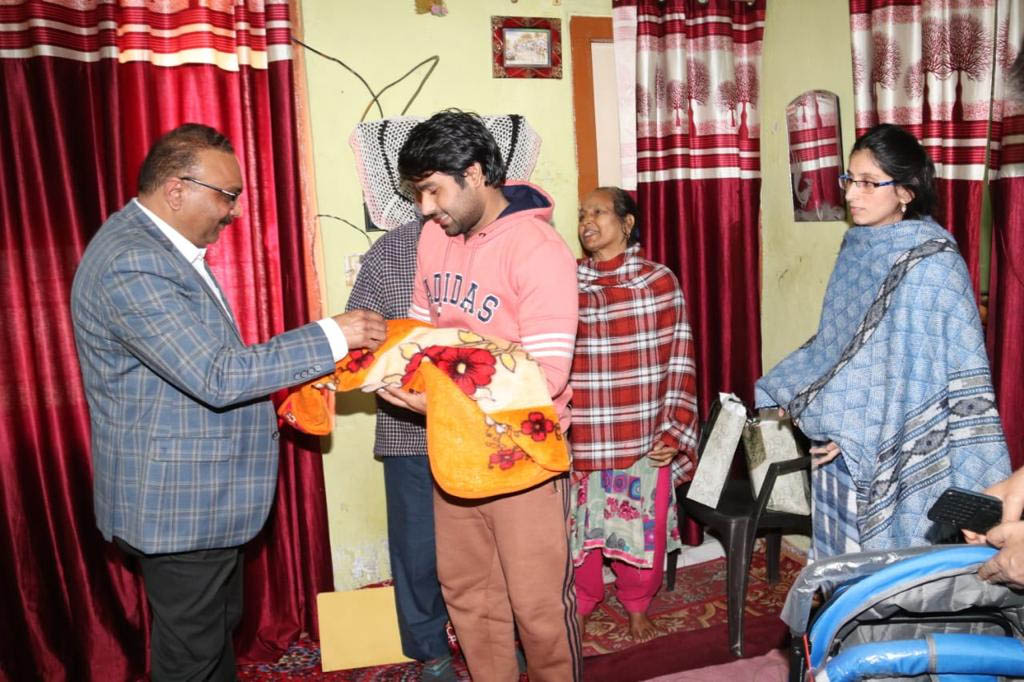 JAMMU, Feb 26: Jammu and Kashmir Director General of Police Dilbag Singh on Saturday visited the family of a policeman who lost his life in an encounter with terrorists in Kulgam district last month.
A police spokesperson said the DGP expressed solidarity with the bereaved family and prayed for eternal peace to the fallen hero, Rohit Chib.
Singh said the entire police family stood with families of slain personnel and shared their grief and sorrow.
The DGP assured every support to the family, the official said.
Chib was killed in the Pariwan area of south Kashmir’s Kulgam on January 12 while evacuating civilians during an encounter with terrorists.
A top terrorist linked with proscribed terror outfit Jaish-e-Mohammad (JeM) was gunned down in the operation.
Chib had joined the police force as a constable in 2011 and was promoted in 2017, the spokesman said.
His wife gave birth to a baby boy on January 27. (Agencies)