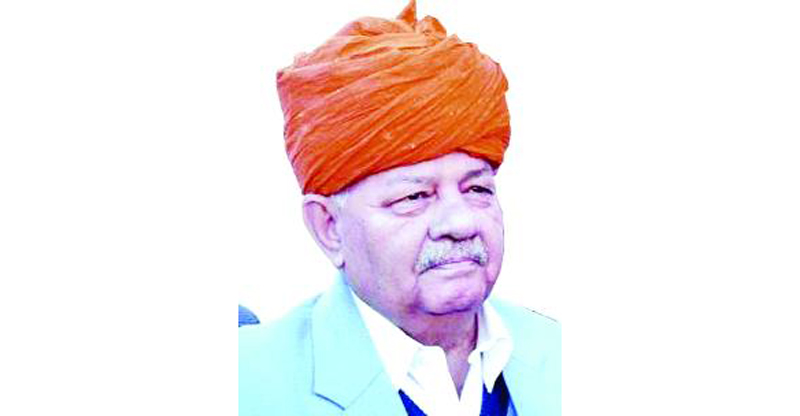 A question mark on BJP’s treatment to its veterans

JAMMU, May 22: No State funeral to former Union Minister Prof Chaman Lal Gupta notwithstanding BJP Government at the Centre as well as Central rule in J&K Union Territory, has upset a section of people in Jammu besides raising question mark on treatment of the saffron party leadership to its veterans.
Even as Prime Minister Narendra Modi, Lt Governor J&K Manoj Sinha and others condoled the demise of Prof Gupta remembering his services to the nation, society and the BJP, the Central as well as the J&K Governments deliberately chose to avoid legally deserved State funeral to this political stalwart for the reasons best known to the establishment.
Prof Gupta had passed away on May 18 after a prolonged illness and undergoing treatment for Covid-19. The last rites were performed on the same day by his family members and supporters but there was no State funeral to honour the legendary leader, who had served as Union Minister of State for five years during Atal Behari Vajpayee led NDA Government at Centre from 1999 to 2004.
Talking to the Excelsior, legal experts opined that being a former Union Minister, Prof Chaman Lal Gupta lawfully deserved a State funeral, which entails an elaborate event for which arrangements are made by the State Government with full Police bandobast and the deceased person is honoured with a gun salute.
Pertinent to mention that as per the Rule book, State funeral is accorded in the event of the death of a current and former Prime Minister, Minister, President or Governor. Besides, the Central Government may also order a State funeral in individual cases as was done in the case of Bala Saheb Thackeray, Mother Teresa, spiritual leader Sathya Sai Baba etc.
“Even as the State Government has the discretion to decide who will be accorded a State funeral, Prof Chaman Lal Gupta not only lawfully deserved the same but also had the stature for this honour,” said another legal expert and BJP activist while listing contributions of the late leader who had an illustrious political career spanning over five decades after he became a member of the J&K Legislative Assembly for the first time in 1972.
Disappointed over the treatment meted out to the tallest leader of BJP in J&K by his own party Governments, a former colleague of Prof Gupta alleged that due honour to the ex Union Minister was deliberately avoided to diminish his contributions to Jammu region.
It may be recalled that Prof Gupta was the brain behind establishing Village Defence Committees (VDCs) in erstwhile Doda district and other hilly reaches of the Jammu province after the militants indulged in massacres in these areas to force migration of the minorities from their homes and hearths.
People also rejected the possible excuse of the Government in avoiding State funeral to Prof Gupta on the ground that he was suffering from Covid-19. “He (Prof Gupta) was no more Covid positive and that was why the cremation was performed by the family members,” said social activist Ambedkar Gupta, adding that the due State honour could have been accorded with a low key affair in view of the Covid related protocols and guidelines as was done in the case of State funeral to former President Pranab Mukherjee, who was Covid positive when he died.