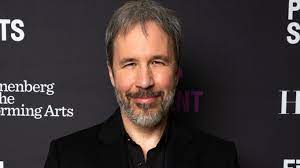 Los Angeles, Dec 16: “Dune” filmmaker Denis Villeneuve’s tryst with sci-fi genre is not yet over as he is set to tackle the feature film adaptation of novel “Rendezvous With Rama”.
Alcon Entertainment, which worked with the critically-lauded director for his 2013 movie “Prisoners” and 2017’s “Blade Runner: 2049”, is behind the project, as per The Hollywood Reporter.
Originally published in 1973, “Rendezvous With Rama” takes place in the year 2131 and follows a group of humans sent to intercept a giant cylindrical alien starship that enters the Solar System.
The team of explorers attempts to learn the mysteries of the vessel, believing it could be mankind’s first contact with intelligent alien life.
The project will be produced by Alcon co-CEOs Broderick Johnson and Andrew Kosove alongside Morgan Freeman and Lori McCreary of Revelations Entertainment banner.
“This is one of the most intelligent works of fiction in the genre; it poses as many questions as it does answers, and is a work for our time,” Johnson and Kosove said
“It’s perfectly fitted to our friend and collaborator Denis’ brilliant sensibilities and specifically to his love and passion for science fiction. We are also pleased to work with Morgan and Lori, who have a long-standing passion for this IP,” they added.
Villeneuve most recently directed Warner Bros’ epic drama “Dune”, which was based on author Frank Herbert’s 1965 classic of the same name.
The movie, which featured Timothée Chalamet, Rebecca Ferguson, Oscar Isaac, Josh Brolin, Stellan Skarsgard, Dave Bautista, Jason Momoa and Zendaya, released in October this year and has so far minted close USD 400 million worldwide.
Villeneuve is currently hard at work on the second part of “Dune”, scheduled to come out in October 2023. He will also attached to direct episodes of HBO Max spinoff prequel series “Dune: The Sisterhood”. (PTI)