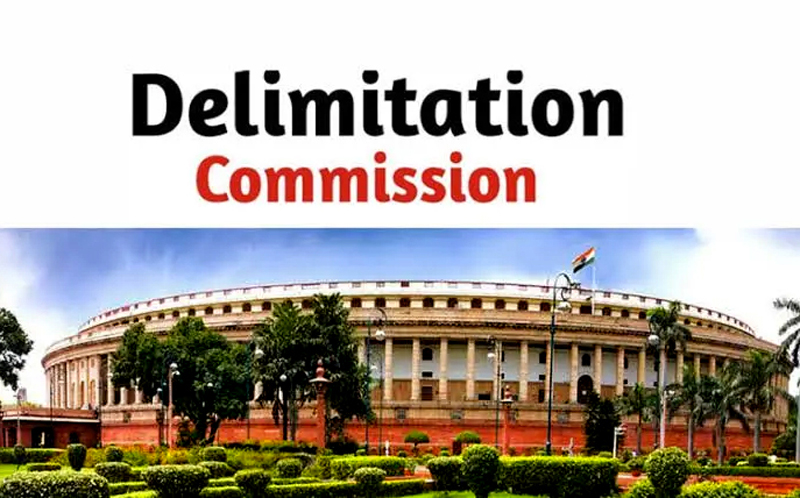 JAMMU, Mar 16: The Delimitation Commission which put its report in public domain on March 14 for delimitation of 90 Assembly constituencies in Jammu and Kashmir is of the view that population alone can’t be basis but other parameters have also been taken into consideration while deciding the Assembly constituencies.
Official sources told the Excelsior that Section 9 of the Delimitation Act very clearly states that as far as possible the Assembly constituencies must be geographically compact but consideration must be given to three other parameters.
Other parameters mentioned in the Delimitation Act are public conveniences, communication and administration units of the area and physical features, they said, adding all these have been taken into consideration while preparing the report which is in public domain for inviting claims and objections till March 21.
The Commission is expected to submit its report on or before May 6.
Sources pointed out that separate Gurez Assembly constituency was created in Kashmir division despite a population of around 30,000 as its physical features were such that it couldn’t be merged with any other constituency as it is located on a hill.
There were indications that the Delimitation Commission could recommend something for the Kashmiri Pandits in its final report as they have received several representations from them for creation of separate constituencies.
“Though the Commission can’t create separate constituencies on the basis of religion, it can make certain recommendations in the final report,” sources pointed out.
There have been area-wise different problems in Jammu and Kashmir, the Delimitation Commission has observed that it can’t treat J&K as two entities as it is one unit. Therefore, creation of a Parliamentary constituency with parts of South Kashmir and twin border districts of Rajouri and Poonch is justified.
“There is nothing wrong in it as Jammu and Kashmir is one unit,” sources said.
They said Kashmir has 29 persons per square kilometers while there are 3400 persons per square kilometer in Srinagar.
“In view of this, similar yardsticks can’t be applied to two districts.
The Commission took on ground problems in view before finalizing draft report. The Panel members were told that in certain areas of Kishtwar it takes people two days to reach district headquarters or reach to the house of their MLA. The former MLAs also complained that it would taken them a month or even more to tour their constituencies because of hilly terrain, connectivity etc.
“In view of this, the Panel stress on various factors instead of just population,” sources said.
They said that since the last delimitation in 1995, the number of districts in J&K has gone up from 10 to 20 and tehsils from 52 to 207. Several anomalies have crept in with seats sometimes falling in two or even more districts and the Panel tried to correct these anomalies with data mapping.
Sources said even the report of the 1995 Delimitation panel was not available.
It may be mentioned here that the last delimitation of Assembly constituencies was conducted in 1995 when Assembly seats in Jammu and Kashmir were raised from 76 to 87. Now Jammu and Kashmir will have 90-seat Assembly.
Sources said the Delimitation Commission had gone to the ground to make a proper assessment and found wide variation in population density across the UT.