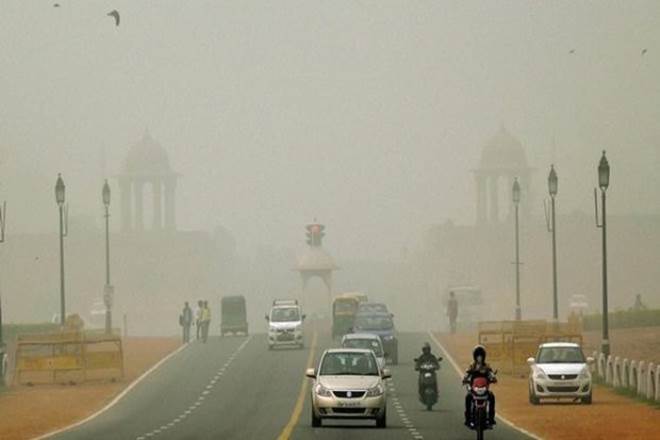 NEW DELHI: The national capital’s air quality slipped into the “very poor” category on Friday morning, and was expected to decline sharply over the weekend owing to changing weather and “significant” stubble burning.

The city’s overall air quality index (AQI) stood at 306 on Friday. It was 276 on Thursday.

The Ministry of Earth Sciences’ air quality research and forecast service, SAFAR, said the reason for deterioration of air quality at present is the “gradual change in weather conditions—slow surface winds and cooling—towards unfavourable side”.

The share of stubble burning to Delhi’s PM2.5 concentration would be 10 percent on Friday. It is predicted to increase to 18 per cent on Saturday, according to SAFAR data.

“Stubble burning incidents in Haryana, Punjab, and nearby border regions have shown an increasing trend over the last three days. Additionally, a few new fires have been observed over western Uttar Pradesh,” it said in a report.

The period between October 15 and November 15 is considered critical as maximum number of stubble burning incidents take place in this span in Punjab and adjoining states and is one of the main reasons for alarming spike in pollution in Delhi-NCR.

Despite a ban on stubble burning in Punjab and Haryana, farmers continue to defy it amid lack of financial incentives.

State governments are providing 50 to 80 per cent subsidy to farmers and cooperative societies to buy modern farm equipment for in-situ management of paddy straw and running a massive awareness campaign against stubble burning.

While the Delhi government has repeatedly stressed that stubble burning was the major reason for Delhi’s deteriorating air quality, the Supreme Court-mandated Environment Pollution (Prevention and Control) Authority has said local sources of pollution was the primary concern.

“It is not that local pollution has increased, it is that weather has turned adverse and so, air pollution is again on the rise. If we keep focusing on external reasons, we will not fix our problems,” EPCA member Sunita Narain said on Thursday.

Kuldeep Srivastava, a senior scientist at the India Metereological Department (IMD), said predominantly slow easterly winds are blowing in the region. Slow wind speed is not favourable for dispersion of pollutants.

There is an active western disturbance over parts of Jammu and Kashmir, Uttarakhand, Punjab and Haryana. It is expected to reduce the impact of stubble burning slightly, he said.

“After October 20, the wind speed is likely to increase and as a result the city’s air quality is expected to improve,” Srivastava said.

IMD officials said that due to the occurrence of mist and high concentration of pollutants, the visibility levels at Safdarjung and Palam decreased to 1,500 metres at 8:30 am from 2,500 metres at 5:30 pm on Thursday. (agencies)