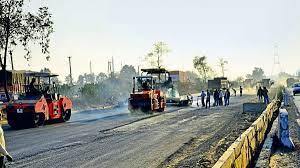 Infrastructure and Project Monitoring Division (IPMD) is an entity which is a sort of watchdog of how various centrally sponsored projects with a fixed cost were worked upon and completed within what time limit. So, its role of monitoring centrally sponsored projects does reveal where delays took place and in which sector thus a study based on the information generated by it from the online computerised monitoring system reveals delays in respect of specific project. It is reported , therefore, that the Road Transport and Highways projects top the list among delayed ones in the centrally sponsored projects. These projects being 301 in number followed by Railways and Petroleum respectively .
However, delays are reportedly primarily due to issues pertaining to land acquisition, law and order problem in respect of areas specific, time taken in clearance and NOC formalities from different agencies central to such projects and last but not least, the usual funds constraints. It will thus be seen that more or less these impediments are true of almost all projects whether state sponsored or centrally sponsored and therefore need to be resolved by employing non conventional and innovative measures.