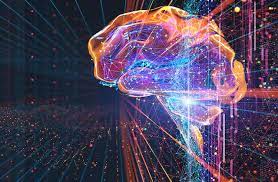 Aurora, Sept 29: Imagine growing up tormented by fears and life-consuming rituals that make no sense to you or those around you. Then imagine the shame of being told by mental health providers that, because you understand that your behaviours are illogical but keep doing them anyway, you must want to stay sick.
One of my patients, Moksha Patel, who is a doctor himself, endured this from childhood until his early 30s. In September 2021, Patel underwent deep brain stimulation surgery, a rare neurosurgical procedure that can be used for severe obsessive-compulsive disorder, or OCD, when it has been resistant to less invasive treatments.
Patel has consented to this publication of his medical information. He shares his story publicly to combat stigma and to provide hope for other sufferers that relief is possible.
The term OCD is thrown around casually, often by someone joking about how organized they are: “I’m so OCD.” But true obsessive-compulsive disorder is debilitating and leads to significant suffering.
I lead a team that treats people with OCD using evidence-based approaches. I am also co-director of the OCD surgical program at the University of Colorado, Anschutz campus, and UC Health, a nonprofit health care system in Colorado.
Our surgical program is one of the few academic centers in the U.S. That offer deep brain stimulation for the treatment of OCD. My experience and research have given me insight into how a rare procedure can be used in real-world settings to provide relief to those who suffer from OCD when other less invasive treatments have not been successful.

A brain with OCD is primed to detect any signs of potential danger. Many people with OCD wake up every day with a sense of dread and an expectation of bad things happening. Daily life is overshadowed by ever-present guilt, shame, fear and doubt. As a result, they carry out compulsive and repetitive activities to attempt to forestall disaster and manage the painful emotions.
OCD fears most often involve the things and people that matter the most to the sufferer, such as their values, loved ones or purpose in life. For example, someone who values kindness and compassion might fear that they will offend, betray or somehow hurt the people they care about.
Sometimes what is hardest for someone who suffers with OCD is a recognition that the fears and behaviors are illogical – insight that provides no relief.
And because other people usually don’t understand, those with OCD do their best to hide their illness so they won’t be judged as ridiculous or “crazy,” which often leads to long delays in diagnosis and treatment. This is a painful and lonely life for the approximately 1%-2% of the world population with OCD.
Current OCD treatment options
The best initial treatment for OCD is a type of mental health therapy called exposure and response prevention. During these sessions, OCD sufferers are supported in gradually confronting their fears while also limiting the behaviors they have come to associate with providing safety.
For instance, someone with a fear of harming others might start by sitting near a butter knife and work their way up to holding a sharper knife to their therapist’s throat. They either learn that their fear does not play out, or – in the case of fears that cannot be disproved – that they can tolerate their anxiety or distress and move forward even in the absence of certainty.
The primary medications used to treat OCD are serotonin reuptake inhibitors, or SRIs/SSRIs, which are commonly prescribed for treatment of depression and anxiety. But when used for OCD, these medications are typically prescribed at much higher dosages.
Unfortunately, OCD is a chronic condition for most; studies show that only 65% of people with OCD respond to standard treatment, which is a combination of therapy and medication, and only about 35% recover completely. About 10% of individuals with OCD remain severely impaired, regardless of how intensively they are treated.
The potential of deep brain stimulation
For this small group of individuals with severe and persistent OCD, deep brain stimulation – a procedure that fewer than 400 people with OCD have undergone worldwide – provides hope.
Patel, an internal medicine doctor, first came to my office in 2019. He is one of 13 patients I’ve worked with to provide deep brain stimulation for OCD and other psychiatric illnesses.
He has suffered with OCD since the age of 4 or 5, with obsessive fears about germs, contamination and social interactions, among other things. He learned to function and succeed by shaping his life around his rituals – for example, by not consuming water or food at work so that he would not need to use public restrooms.
Patel, like many others with OCD, is conscientious, thorough and compassionate, traits that contribute to his success as a physician. However, before deep brain stimulation, most of his life outside of work was occupied by painful, consuming rituals. These included scrubbing himself with harsh chemicals for hours.
He had explored every treatment he could find, seeing 13 mental health providers since high school and participating in years of exposure therapy. He had tried at least 15 different medications, all with little benefit. Then he learned that deep brain stimulation was available at the hospital where we both work.

How deep brain stimulation works
Deep brain stimulation requires a neurosurgical procedure to place thin electrodes into deep structures of the brain, specifically a region known as the ventral capsule/ventral striatum. These electrodes deliver electrical currents to the brain. The current is produced by pulse generators in the chest that look much like cardiac pacemakers. They are connected to the electrodes in the brain by wires tunneled beneath the skin.
We researchers do not yet have a precise understanding of exactly how deep brain stimulation works, but we do know that it normalizes the communication between parts of the brain responsible for taking in information and those responsible for acting on this information. These areas are hyperconnected in people with OCD, leading to a reduced ability to make thoughtful, value-driven decisions and an over-reliance on reflexive or habitual behaviors. And the changes induced by deep brain stimulation correlate with a reduction in OCD symptoms.
This type of neurostimulation is most commonly used to manage symptoms of Parkinson’s disease, a movement disorder that leads to tremors and body rigidity. OCD is the only psychiatric disorder that currently has approval from the Food and Drug Administration for deep brain stimulation treatment.
But deep brain stimulation has been investigated in other conditions, including major depression, Tourette syndrome, schizophrenia, substance use disorders, post-traumatic stress disorder and eating disorders.
Deep brain stimulation is a procedure of last resort for patients with OCD. Because of the invasive nature of brain surgery and the potential for serious adverse effects such as infection or hemorrhage, individuals need to try standard, less invasive treatments first and meet the criteria for severe and persistent OCD, which have been established based on OCD and brain stimulation research.
But for those who do undergo the procedure for OCD treatment and receive ongoing stimulation, up to 70% have a good long-term response. “Good” is considered to be a 35% reduction in OCD symptoms based on a standardized scale for obsessive-compulsive behaviour that experts in our field rely on.
This, for example, could mean that someone goes from spending more than eight hours per day on OCD behaviours and not leaving the house at all to spending four hours per day and being able to go to school with significant support. Such progress is remarkable, given how ill these individuals are.
Barriers and stigma

There aren’t very many treatment centers anywhere in the world, so patients who need this procedure may have trouble getting to one. Additionally, as our team has described in published research, getting insurance coverage for the procedure is often time-consuming and sometimes prohibitive.
Another barrier is the stigma associated with brain surgery for psychiatric illness. The reasons behind this stigma are complicated, and some factors have historical roots. In the early to mid-1900s, destructive, dangerous and not very effective brain surgeries such as lobotomies were performed routinely for mental illness without regulation, ethical guidelines or regulatory oversight.
A way forward

After I worked with Patel for about a year, including trials of six additional medications and ongoing exposure and response prevention therapy, his symptoms remained severe. I recommended he begin the extensive evaluation process for deep brain stimulation surgery.
Three weeks after his surgery, I turned on electrical stimulation, and we began the intensive programming procedure to determine the optimal settings. This process takes several hours a day over the course of several days, with fine-tuning in the following weeks and months.
Patel recalls that early on, during programming, he experienced a roller coaster of feelings, shifting between “giddiness and sadness.” Most individuals experience gradual improvement over the course of six to 12 months. At first, they feel happier and less anxious, and weeks to months later they experience a decrease in OCD symptoms.
Most commonly, stimulation is constant, 24 hours a day. But the treating psychiatrist may give the patient the ability to turn it off, such as at night if the stimulation causes problems with sleep.
(AGENCIES)