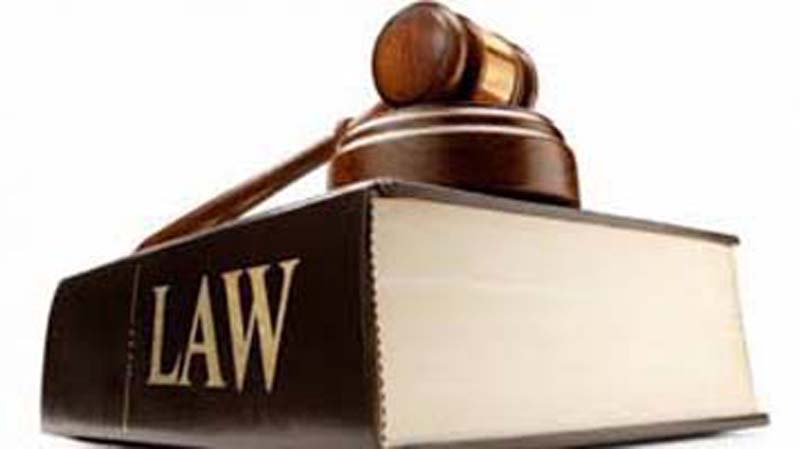 Excelsior Correspondent
JAMMU, Dec 31: Division Bench of the High Court comprising Chief Justice Gita Mittal and Justice Rajesh Bindal today referred the issue of illegal constructions at Patnitop to the Central Bureau of Investigation (CBI) for in-depth probe.
The Director of the agency has been asked to enquire into encroachments on forest and other public land, illegal change of use and misuse of the land in violation of the permitted use, raising of illegal constructions in Patnitop and fix the responsibility of the persons who were duty bound to take action.
The directions have been passed in a PIL filed by Harcharan Singh, owner of Krystal Hotel and Restaurant at Patnitop seeking demolition of the illegal/unauthorized buildings raised in green buffer areas of Patnitop.
“Pursuant to order dated 11th October 2019, Pran Singh, CEO, Patnitop Development Authority has prepared a tabulation of some of the hotels and guest houses in the Patnitop area, inter alia, pointed out the permitted land use, existing user and the violations of constructions as well as encroachments”, the DB observed.
DB said, “Advocate Rahul Pant appearing for petitioner has drawn our attention to the extensive deviation from the reports which were earlier placed on record by the same authority by way of an affidavit dated 19th November 2019”, adding “in November 2019 Hotel Greentop violation was nil and in December the same is 33484 square feet whereas violation of Subash Palace in November 2019 was nil and in December 2019 the same is 4053 square feet”.
“Similarly, violation of Hotel Holiday Inn was nil in November 2019 but in December the same is 7552.74 square feet whereas violation of Hill View Guest House in November was nil and in December the same is 8023.12 square feet”, the High Court observed, adding “similar violations have been noticed in respect of Aroma Top, Hotel Patnitop Inn, Karan Resort, Neelkant and Hotel Trinetra”.
The DB further observed, “the report on record shows that several of these guest houses/hotels are misusing the land, which has been earmarked for agriculture and the Jammu and Kashmir Agrarian Reforms Act, 1976 is applicable”, adding “Mariyam Begum Hotel is misusing green buffer land and has constructed a building for commercial use”.
Construction of 4547 square feet by the hotel Forest View is stated to have been illegally approved by the then Minister, Housing and Urban Development Department. This hotel is also stated to have violated the provisions of the J&K Agrarian Reforms Act, 1976 and has converted agricultural land to commercial use.
“In the tabulation filed along with affidavit dated 28th December 2019, details have been furnished of hotels which are being run without any registration and authorization from the competent authority”, the DB said, adding “these enumerations are merely a tip of an iceberg”.
DB further observed, “the material on record shows that even in those cases where violations were compounded, the compounding fee was not deposited by the hoteliers. But no action stands taken by the authority and several instances exist where compounding fee has been deposited. However the hoteliers have effected even more encroachments and further illegal constructions”.
“There are several properties where electricity and water connections have been obtained for domestic use which are being misused for commercial use. As a result loss has been caused to the electricity and water authorities as well. There are instances on record where licences have been given for running only guest houses and such licenses are being misused to run hotels”, the DB said.
“The instant case requires urgent action with regard to the failure on the part of the authorities to ensure compliance of law”, the DB said, adding “the illegalities noted by us bring tremendous commercial profits to those responsible. The impunity with which the authorities and the hoteliers have continued with the glaring illegal activities, is suggestive of deep-rooted complicity and collusion in the matters between the official machinery on the one hand and the owners of the guest houses, lodges and hotels in Patnitop”.
DB further observed, “the present case, therefore, is a fit case for enquiry by the Central Bureau of Investigation which is required to go into all aspects of the matter, including the manner in which the building permissions and licences have been granted within the jurisdiction of the Patnitop Development Authority”.
“The CBI is also required to examine the aspect of encroachment on forest land and other public land; illegal change of use and misuse of the land in violation of the permitted user; raising of illegal constructions; failure of the authorities to take action; fix the responsibility of the persons who were at the helm of affairs, were duty bound to and responsible for their taking action; their failure to proceed in accordance with law on issues regarding several aspects relating to the illegal constructions compounding and misuse thereof and; any other illegality which is revealed during the course of the enquiry”, the DB said.
Accordingly, DB directed that this order be placed before the Director, Central Bureau of Investigation, who shall appoint a senior officer not below the rank of Superintendent of Police to conduct an in-depth enquiry into the entire matter. “On conclusion of the enquiry, the CBI shall register case(s) in accordance with law against person(s) found culpable, proceed with the investigation as well as prosecution”, the DB added.
DB further directed that the Patnitop Development Authority, Tourism Department of the UT of J&K, all hotels, lodges and guest houses in the Patnitop area should ensure full co-operation to the CBI in the matter.
The CEO PDA was directed to additionally furnish a list of all the Chief Executive Officers and the Khilafwarzi officers, who remained posted in Patnitop for the last 25 years for the present, to the CBI. The CBI may seek further information, if need be.
The DB further directed Secretary, Department of Tourism, UT of J&K to furnish the date-wise list of licences, which have been issued to different persons in the Patnitop Development Authority for running guest houses, hotels and lodges to the Director, CBI.