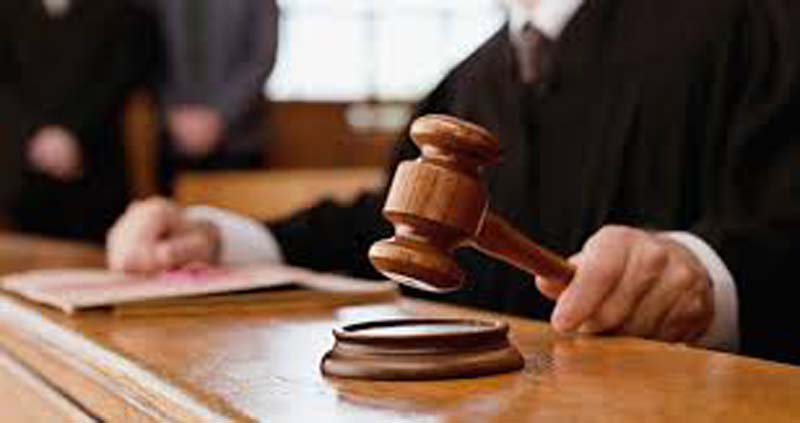 Mohinder Verma
JAMMU, May 7: A Division Bench of the High Court comprising Chief Justice Gita Mittal and Justice Rajnesh Oswal has portrayed gloomy picture about various developmental aspects of the Union Territory of Jammu and Kashmir and said that public systems suffer from opacity and lack of accountability.
In a recent judgment in a Public Interest Litigation (PIL), the Division Bench said, “a cursory examination of the report card of the several projects including mega infrastructure and construction projects makes out consequential delays in decision making and resultant increase in costs”.
“Several public infrastructure projects in Jammu and Kashmir are languishing, not for years, but for several decades together without they being efficiently monitored. These encompass projects in road construction, public health, education as well as administrative systems and no timelines are adhered to”, the Chief Justice said in the judgment, adding “public systems suffer from opacity and lack of accountability in functioning”.
Pointing towards litigations before it, the DB said, “it is a constant refrain that Government systems are steeped in inefficiency and lacking in dedication and commitment”, adding “the visible delays underline an urgent need for building the capacity for meritorious, fearless, independent, fair and strong decision makers; those who would apply themselves selflessly and with dedication and commitment to the common good of the people and those who would spurn nepotism, favouritism and dishonesty”.
The judgment written by the Chief Justice read: “It is common knowledge that the Union Territory of Jammu and Kashmir is grossly lacking in road access, drinking water, availability of essential healthcare services”, adding “education and even judicial infrastructure is way behind the facilities which are routinely available in the neighbouring States and the Union Territories”.
Pointing towards the roads traversed by the Judges everyday to reach the High Court in Jammu, the DB said, “we see open drains and heaps of garbage. No efficient system of solid or liquid waste management appears to exist anywhere in the Union Territory. Moreover, the extent of encroachments on public lands and forests and unplanned constructions surpass”.
“Before us, it has been argued that there are no institutions, residential or otherwise, for those with mental health issues. No de-addiction centers or shelter homes for women and child victims of violence are available. There are hardly any orphanages or homes for the aged in the entire Union Territory of Jammu and Kashmir. Even with regard to children in conflict with law, only two Observation Homes (one in R S Pura, Jammu and other in Srinagar) are available infracting their fundamental rights to expeditious inquiries”, the DB said, adding “hardly any action is taken to ensure equality and other rights to the disabled”.
Continuing to paint the gloomy picture about the state of affairs in the Union Territory, the DB pointed out that basic diagnostic facilities in the nature of PET scan machines essential for cancer patient are not available in Jammu till recently. “A cancer patient from remote parts of Jammu and Kashmir thus travels all the way to Chandigarh or Delhi for routine testing and treatment”, the High Court said.
Stating that available facilities are extremely deficient, the DB further said, “even organ transplants or Coroneal transplant surgeries have not commenced till recently”, adding “the Jammu and Srinagar are barely around an hour’s flight from Delhi but the disparity in facilities is incredible”.
“Several writ petitions in the public interest have also been filed in both the Jammu and the Srinagar Wing of the High Court highlighting the extreme deprivations which the people of Jammu and Kashmir have been facing and complaining denial of rights”, the High Court said.
Quoting several instances, the DB said that industrial enterprise is extremely deficient in the Union Territory of Jammu and Kashmir. “The Kashmir valley is the major apple producer of the country but even basic cold-storage facilities are insufficient let alone any industry which could manufacture apple products”, the DB added.
Milk, yet another product which is extensively produced by diary owners in the Valley, depends largely on the security forces for its consumption with hardly any major commercial usage thereof. Similarly, the internationally renowned Kashmir saffron, almonds, walnuts remain largely unsung without any substantial organized commercialization of their cultivation, usage or trade.
“Similar is the fate of the traditional handicrafts in wood, embroidery, carpet weaving etc which do not seem to have received the commercial impetus which they ought to have done despite the acclaim that they have earned at an international level”, the DB regretted, adding “instead of devotion of finances, initiative and enterprise to the commercial and economic development of each of these sectors, the Union Territory is persisting with a practice which has no element of public interest but only adverse costs of every kind”.
Pointing towards traditional Basohli paintings and the miniature Pahari paintings from Jammu, the famous Bhaderwah ‘rajmash’ or excellent R S Pura rice produce, the DB further said, “these don’t appear to have seen commercial entrepreneurship”, adding “it is unfortunate that no brands like Haldirams or Palcos or Bikanos which have attained national and international fame for their products, have been developed in Jammu and Kashmir for their products”.
“Undeniably, there is severe lack of employment opportunities in the entire Union Territory and in such a scenario public employment appears to be the only major source of employment”, the DB said.