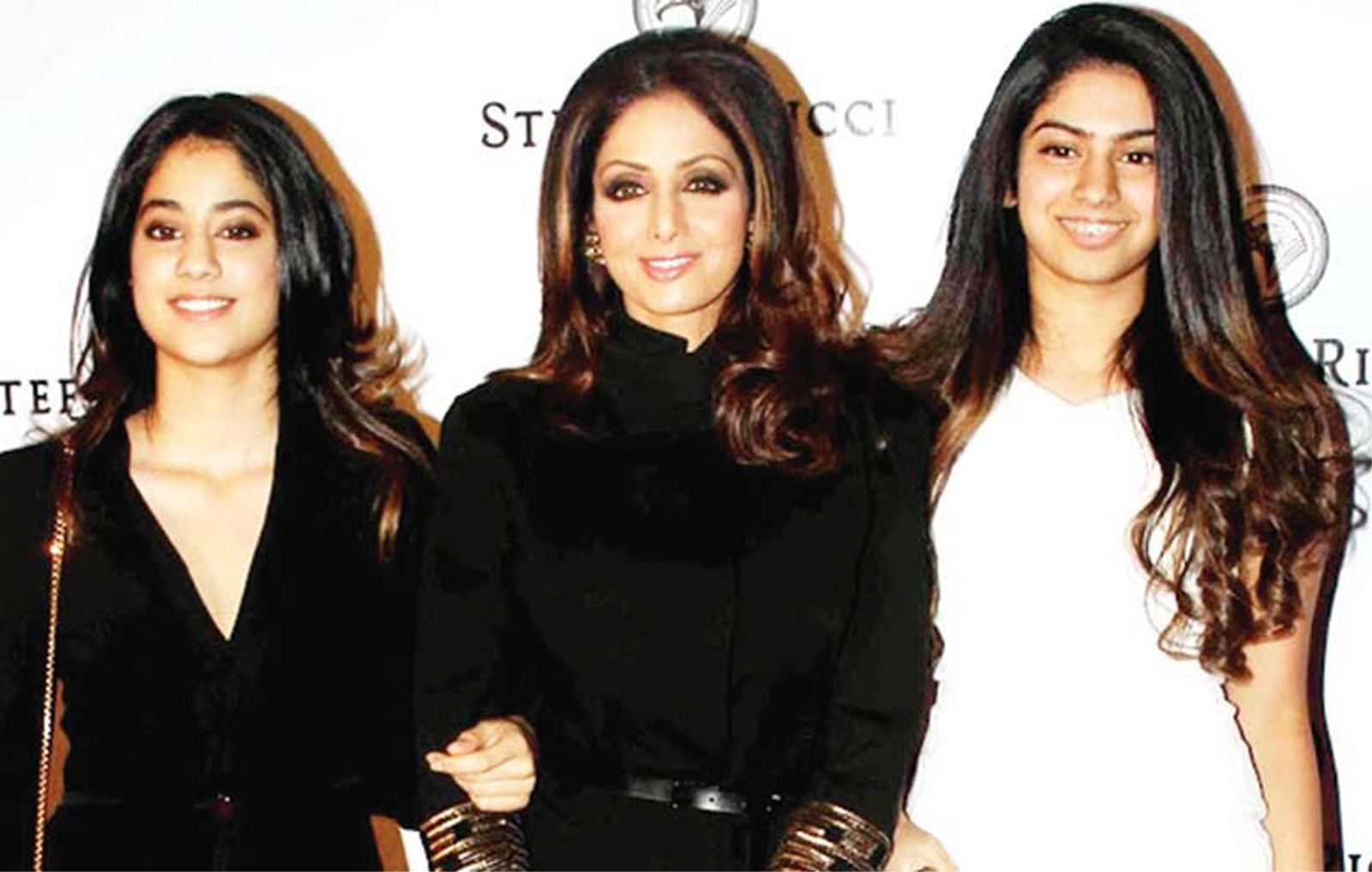 On the eve of the release of her  300th film Mom, which is a home  production,  Bollywood  goddess Sridevi opens up, shyly as usual. Shoma A. Chatterji shares the           experience.

This writer met Sridevi at the Cairo International Film Festival some years ago. She was much more beautiful in a gold lame sari in person than she appeared on screen. An interview could not happen because she was constantly surrounded by her Egyptian fans and wives of bureaucrats in the Indian Embassy. She was a picture of her unassuming self, far removed from the halo her star image exudes. But ahead of Mom’s release she gave a candid interview. Excerpts:

This is your 300th film. How have things changed since the time you were ruling the industry as leading lady?

I am happy with the way things have changed. But I also hold on to the sweet memories of my Hindi, Tamil, Telugu, Malayalam and Kannada films way back so many years ago. The nostalgia of old films is directly linked to memories of my mother who would always be by my side since I made my debut as a child artist. Even when I sometimes chance upon an old film on television, it takes me back to those years and I enjoy the feeling.

You are now a mother of two growing daughters. How much is your role in Mom close to your real life role as mother?

I do not think an actor needs to compare between real life and screen characters. The two are very different. But it helps internalising the character as it did for English-Vinglish in which I also play mother of two kids.

This is a woman-centric film and so was English-Vinglish. Bollywood films are now portraying very strong women characters as protagonists. What is your take on this?

I am very happy the way things have changed. We have wonderful films like Kahani, Queen, Neerja, NH10 and so on. But in the past too, I have done quite a few woman-centric films or very challenging roles in films like Mr. India, Chandni, Nagina, Chaalbaaz, Lamhe, Gumraah, Ladla and Judaai. I am happy because my recent films are in keeping with this change.

What was your take on the thumping success of English-Vinglish?

It was necessary to discover what happens when as an actress, I come back with a completely different image. English-Vinglish opened that window for me. My mind was filled with questions. There was a lot of intrigue. I was riddled with an inner tension. So, when the film became a critical and commercial hit, it was a different kind of happiness that gave me the confidence to go on acting.

Is Mom mainly about a mother and her relationship with her daughter?

It is not just about a mother and the issues that crop up between her and her teenaged daughter. Let us say that it goes much beyond that. It also probes into issues teenagers face while growing up, with problems of adolescence where they feel their parents do not understand them and so on. It is basically about family relationships tweaked differently. I am very happy that the director placed full faith in me to play this character.

I was an extremely obedient child and my mother used to say I was very shy and she was right. Her word was the gospel for me and she practically held my hand, took me through the lanes and galleys of life which includes my career. She decided on my dress, make-up, films, diet, routine, everything. But today, I find that my daughters have very determined mindsets. We do have a give-and-take relationship where they often give suggestions and I accept them when I find they are interesting. They always ask me before deciding on something serious and that is a strong point. They are independent but they also need me around. (Smiles).

What is your criteria for accepting a role or film?

It is mostly my instinct that decides me on a role. It is the screenplay that holds the greatest importance for me. I see what my role is within a screenplay that keeps with the changing trends of stories and characters today. I insist on reading the script which gives me a clear idea of my position within the film and how my character fits into the script.

Mom is a home production by you and husband Bonny Kapoor? Was there a special burden this placed on your work in the film?

I was not within the production scenario at all. Bonny-ji was at the helm of affairs. I concentrated only on realising my character in the film. Bonnyji is experienced as a producer. I am not. Today, producers give their actors and technicians enough creative freedom. To tell the truth, I was an actress doing my job and I was so immersed in my work that it often happened that I did not have the time to even talk to Bonny-ji during the shooting of the film except greet him in the morning and say ‘good night’ at night. He bore the entire burden, not me.

Since English-Vinglish, your screen image has changed from what it was before in films like Himmatwala and Tohfa. Is this a conscious decision?

I believe that one needs to keep with the changing times. Earlier, I had a glamorous image because of the films I featured in that projected me as a glamorous character, singing and dancing and romancing the hero. Today, I am the mother of two growing daughters and I wouldn’t fit into those roles any more. I am happy that I am now doing films that are offering me a platform that matches my age and the audience has liked me doing this. (TWF)