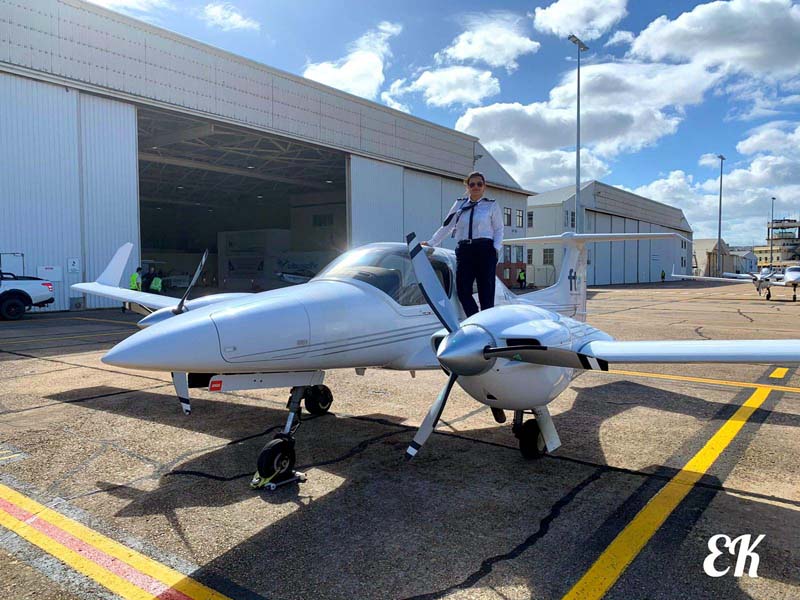 KATHUA, Jan 24: Erica Kohli, daughter of Narinder Kohli and Jyoti Kohli, a resident of Ward Number 5, Mandi Sher Singh, District Kathua becomes the first female commercial pilot from Kathua.
Erica completed her BE (Hons) from BITS Pilani in Electronics and Communication in 2016. She went to Australia for the training of commercial pilot in 2018 and successfully completed the course and got her Australian CPL (Commercial Pilot License) in 2019. Thereafter completing the DGCA exams, conversion flying and DGCA paperwork, got her Indian CPL in early 2020 after which she was supposed to fly to Australia for her final phase of training but could not due to COVID and lockdown.
Last two years had been hard for them but she said their faith and continuous support of her parents kept her going. She believes dancing to be the language of the soul and said that it also helped her push through these testing times.
Now, Australia has opened the international borders for students and she is going for her final phase of training in which they learn to fly the passenger aircraft (Airbus A320) after which she will be flying with Indigo Airlines.
Erica told this was her dream from an early age of life to become an airline pilot. She said she is really grateful and owe it all to her parents. Her advice to the youth is to keep going no matter how hard the path may seem and to constantly listen to one’s own heart rather than the crowd’s loudness. Nothing in life is easy; you must be motivated and work hard to achieve your objectives, as well as believe in yourself and your inner power.
Her advice to the parents is to constantly let their children to flourish and to continue to encourage them to pursue their aspirations, particularly for girls, because an educated girl leads to an educated family and, as a result, to a more educated, developed society.
In the end, she added, “My father is the most handsome human and is my super hero”.