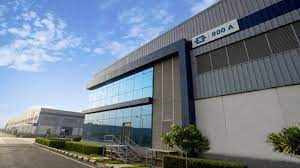 Mumbai, June 24: Industrial and logistics parks developer IndoSpace has leased out 50,000 square feet of warehousing space in Chennai industrial park to Denmark-based hydraulic cylinder maker Lind Jensen Machinery (LJM).
“IndoSpace has expanded its tenant portfolio by onboarding LJM. The company will set up its first factory in India at Oragadam II in Chennai where it will produce hydraulic pitch, lock cylinders, and accumulators for the wind turbine industry,” IndoSpace said in a statement.
The facility is expected to be functional next month. It will be LJM’s second manufacturing plant in Asia after China, it said.
LJM plans to develop parts for the wind energy sector to cater to both local and international markets. The project has received an investment of 2 million euros so far, IndoSpace said.
Jointly promoted by Everstone Group LLP, GLP and Realterm, IndoSpace is the country’s largest developer and owner of Grade A industrial real estate and logistics parks.
IndoSpace has an extensive presence in Tamil Nadu with 15 Grade A industrial and logistics parks located all around the main industrial area.
“We see a great opportunity to set up the unit here given the long-term potential, not just in the wind turbine segment, but also in other sectors. For us, it is the perfect time to be here, and we are sure that India will become an export hub for regions such as North America, South America, and Europe in the future,” said Martin Anderson, CEO at LJM.
IndoSpace has a network of 44 logistics parks with 49-million square feet delivered/under development across 10 cities. (PTI)