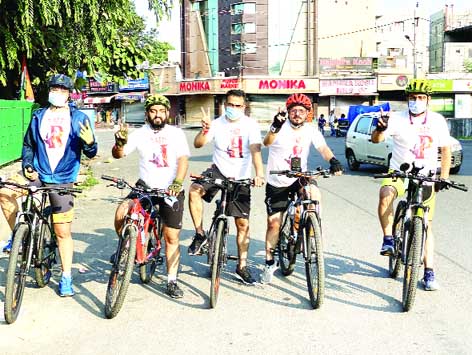 S S Sodhi
Cycling, just as walking, is known to be one of the healthiest activities that one can do whether youth or elderly. During pandemic, bicycles have emerged as one of the safest means of moving around. It is overwhelming to see people of Jammu hitting back on the streets with revival of cycling culture in various parts of the city such as Gandhi Nagar , Shastri Nagar, Trikuta Nagar, Sidhra,National Highways, etc.
Both young and old can be seen paddling around especially in early morning and late evening when there is less vehicular traffic creating an impressive sight for people who give importance to their health and fitness routine.
Such mode of commuting needs to be given more priority by public in the coming times, keeping in mind various health benefits of cycling, such as, improving body posture and coordination, decreasing body fat levels, reducing & regulating BMI and maintaining oxygen levels.
Shifting away from motorised system of transport to a non-emission mode of transport like cycling, can counteract the effects of emissions and helps us maintain Social Distancing too at the same time. According to various studies, Cycling contributes to healthier lives by helping to prevent a large number of severe diseases: diabetes, breast and colon cancer, osteoporosis, Alzheimer, depression, etc. It can also improve our effectiveness against any possible infections. To cover the risks, the cyclists should wear proper gears, helmets, other safety covers , follow road rules and maintain social distancing with other fellow cyclists.
Cycling for health and fitness
It only takes two to four hours a week to achieve a general improvement to your health. Cycling is:
Low impact – it causes less strain and injuries than most other forms of exercise.
A good muscle workout – cycling uses all of the major muscle groups as you pedal.
Easy – unlike some other sports, cycling does not require high levels of physical skill. Most people know how to ride a bike and, once you learn, you don’t forget.
Good for strength and stamina – cycling increases stamina, strength and aerobic fitness.
As intense as you want – cycling can be done at very low intensity to begin with, if recovering from injury or illness, but can be built up to a demanding physical workout.
A fun way to get fit – the adventure and buzz you get from coasting down hills and being outdoors means you are more likely to continue to cycle regularly, compared to other physical activities that keep you indoors or require special times or places.
Time-efficient – as a mode of transport, cycling replaces sedentary (sitting) time spent driving motor vehicles or using trams, trains or buses with healthy exercise.
A shift to cycling will help us to maintain the current levels of cleaner air obtained during lockdown, improve general health of the population and therefore improve their resistance to critical reactions to any kind of virus.
The public at large should look at these safe modes of transport as safer alternatives of commuting especially in a traffic-heavy and congested Jammu city as ours. At the same time, new cycle friendly paths could be built to ensure safety and security of the cyclists on the roads.
As the air quality has improved tremendously in Jammu during the lockdown periods, we should question ourselves whether we want to go back to the old ways of taking motorised transportation for short commutes or use a cycle instead, especially for short distances?
World over cities such as Berlin, Milan, London, Rome and Paris have created pop-up bike lanes during COVID pandemic either by painting the lane or just by putting bollards along the length of the roads. Similar measures can be taken by the government to transform the roads and streets into safe zones for cyclists. These will be easier to use. Earlier, we used to take our cars to the local market. But now we can use this.
It is certainly an environment-friendly way of commuting we could implement in our lovely city Jammu.
(The author is a social activist and an educational consultant) 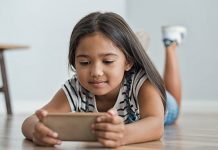 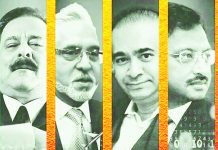