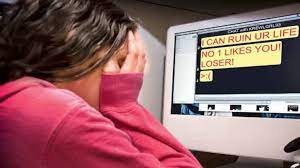 Dr. Satwant Singh Rissam
The present generation of youth around us is growing up in a technology driven society. And its impact is visible on their lives too. This generation is continuously utilizing this technological boom. In fact they love to be around and into it. A generation older to this generation has started using this tech boom but with a lot less knowledge. But they don’t prefer to be ‘plugged in’ or ‘associated’ with technology the whole day. The young people have an entirely opposite choice and compulsion for staying connected in this technological driven world. Such a style where technology is so much into young people’s lives, this is undeniably something that has totally altered the way our society works and communicates these days. From few ‘text’ to ‘heavy data sharing’ is a new norm. Also in a way, most young people have enslaved themselves with the internet, social media and technology.
There is no leisure time in life which has killed creativity and caused stress and brought substantially more dangerous internet harassment, also referred to as “cyber bullying” in young people’s lives. This “cyber bullying” is approaching young people consistently and this trend of digital harassment is wreaking havoc all over the world. The children, teens, and working women in particular are the big targets of this “cyber bullying”. Such situation arises in shape of bullying, harassment, threat or maliciously embarrassing other person with behaviors such as sending unsolicited and/or threatening e-mail, viruses, spreading rumors, making defamatory comments about the victim online, through fake id’s impersonating the victim, harassing the victim during a live chat, abusing on social media sites, sending the pornography or other material that is knowingly offensive.
Cyber bullying existed before the growth of this social media era. Earlier too trolling happened. But then it was done in the chat rooms. Sharing of inappropriate photos and secrets of other people online too happened along with spreading rumors digitally. However, these days as more people connect via social media incidents of cyber bullying have increased. Various statistics show social media platforms like Facebook, Instagram, Snapchat, Twitter etc are a hotspot for cyber bullying. Creation of a fake profile in someone else’s name happens on such platforms and then come instances where vulgar or obscene photos of a victim are posted through such fake profiles.
One of the reasons is the increased access of Indians to the internet with teenagers being the most vulnerable victims of cyber bullying. Male and female both are affected due to this menace but negligible people report the issue in India because they are afraid of being judged in this conservative society we live in. Under Section 354D, 499, 500, 503 and 66 E of the IPC such bullies can be easily booked if the complaint is lodged with the nearest police officials at any time one becomes a victim of such cyber crime. Cyber bullying has become a trap as technology has made addicts out of numerous Indians even in small towns.
In the past some years, Jammu-Kashmir too has seen rise in such cases. But most matters go unreported. To sensitize people to report such matters is a big challenge. For this nothing is done by local administration which can bring change in the mindset of people. Just think, have you ever seen any campaigns, awareness drives etc in Jammu on this topic by the administration? Such confidence building measures should be taken so that those who file a complaint on such issues are not stigmatized at the social level which causes the victim extreme mental anguish later. With nothing done on ground by the government, people feel helpless, hurtful and emotionally scarred after getting bullied online.
Even men are getting bullied online and they also want to stay anonymous while filing such complaints. So firstly, if people decide not to come forward and report such matters then cyber units of the Jammu-Kashmir police should work to identify such individuals who operate on social media with fake accounts and bring them to task. Additionally, the help can come from the scheme called “Indian Cyber Crime Coordination Centre (I4C)” set up by the MHA. This scheme is formulated to deal with all types of cybercrimes in the country in a coordinated and comprehensive manner and it should be implemented in a stronger manner in J&K. Moreover, awareness programs to educate the students to use safe and secure online platforms should be done. This in turn will enable the public to report such incidents if special focus is laid on cases against women and children. It is extremely simple to make up for lost time by starting campaign against this menace at the earliest.