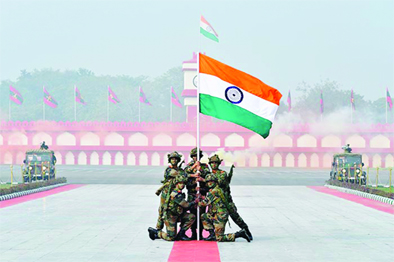 Col. J. P. Singh
Army Day is celebrated in India on 15th of January every year to commemorate a historic event post independence in January 1949 when Gen. KM Cariappa became the first Indian to assume the Command of the Indian Army. The celebration commemorates yet another turn of historic event when India got rid of British Generals. Gen, later Field Marshal K. M. Cariappa became the first Commander-in-Chief of the Indian Army after taking over from last British C-in-C Sir Francis Butcher.