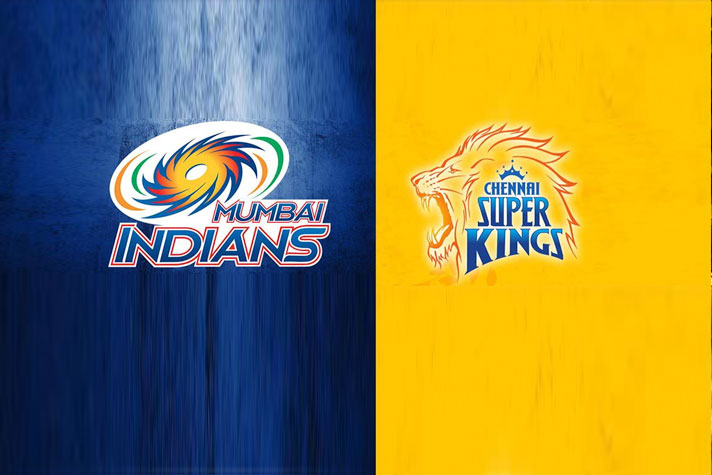 CHENNAI: Defending champions Chennai Super Kings and three time IPL winner Mumbai Indians will look to seal their place on May 12 final as they face other in the qualifier 1 of the ongoing IPL season at MA Chidambaram Stadium on Tuesday.
Both teams have won the title three times each and will look to take the prestigious title home for the fourth time after a tough league phase of the ongoing IPL season.
CSK are coming to this match from a six-wicket defeat against KXIP whereas MI had a comprehensive win over KKR in the last match of the league stage on Sunday.
CSK will be happy to return to their den where they have won six of its seven games and will definitely want to take home advantage.
However, MI won’t be worried much as they registered convincing victories over CSK in both home and away matches of the IPL.
CSK’s top-order has been their concern as they haven’t fired consistently. Openers Shane Watson and Faf du Plessis will have to come out all guns blazing against a formidable MI bowling attack and the likes of Suresh Raina, Ambati Rayudu will be also the key factor in this match.
CSK Skipper Dhoni has been the highest run-getter with 368 runs from 12 matches including 3 fifties and once again he will the centre of attention in this match. However, CSK will miss the services of the Kedar Jadhav, who has been ruled out of the remaining matches due to shoulder injury.
Bowling has been CSK’s strong point so far this season and becomes even more strong on sluggish wicket. The responsibility will be on the young pacer Deepak Chahar to pick up early wickets for hosts who has taken 16 wickets so far in the tournament.
Imran Tahir (21 wickets), the second highest-wicket taker this season after Kagiso Rabada (25), has been at the frontline bowler for CSK , and spin trio including veteran Harbhajan Singh and Ravindra Jadeja (both with 13 wickets each) will try to spin the bowl on slow pitch of Chennai.
On the other hand, MI batsmen including MI captain Rohit Sharma (386 runs), Quinton de Kock (492, third leading run-scorer), Hardik Pandya (380) and Kieron Pollard have been in great form and it will be tough task for CSK’s bowlers to stop them.
In bowling, MI have a formidable attack that includes Jasprit Bumrah (17 wickets), Lasith Malinga (15 wickets), Pandya brothers (Hardik 14 wickets and Krunal 10 wickets), leggie Rahul Chahar (10 wickets) and Mitchell McClenaghan.
The losing team from this match will face the winner of the Eliminator, to be played between Delhi Capitals vs SunRisers Hyderabad, in the Qualifier 2 in Visakhapatnam on Friday.
(AGENCIES)